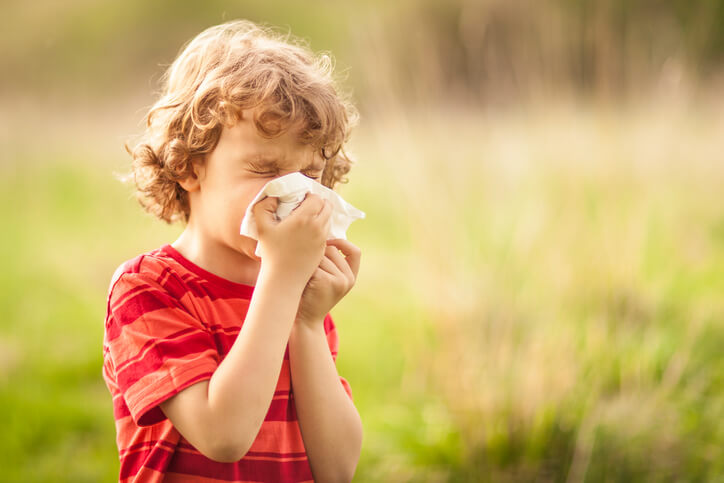 Let’s talk allergies — and some of the common misconceptions that I’ve seen for years as an ER and family doctor during allergy season.

Myth: Claritin is the best medicine for nose allergies.

While it might work to make Bayer’s stock go up, it sucks as an anti-allergy med. Claritin has pretty ads all over TV and magazines, and people do buy a lot of it. But I’ve seen many people on these non-sedating antihistamines (Loratadine, Zyrtec) who tell me, “It only does so much,” or “It works a little.”

What works instead? An inhaled steroid, like Flonase or Nasacort. These are the number one best drugs to target your nasal allergy symptoms — runny, stuffy nose, congestion, postnasal drip and cough. It’s over the counter — try it and see for yourself. Many times after recommending this course of treatment, I’ve heard patients tell me, “I’m a new man. I never knew how bad it was until that steroid spray opened my nose.”

Parents everywhere are terrified of their kid getting bacterial pink eye. They’re sent home with a big, swollen eye and are told not to return until it goes away.

Well, pink eye is bacterial conjunctivitis, and it can be quite contagious, requiring an antibacterial eye drop to go away. But it’s only one of three common causes of red eye:

I commonly see kids being treated for pink eye, but to no avail — it’s not getting any better, and they still have red, matted eyes in the morning.

Don’t forget that allergies can cause a “pink eye,” and you want to treat allergic conjunctivitis with an allergy eye drop (like Naphcon-A), instead of an antibiotic eye drop (Cipro or Sulfacetamide), which won’t fix allergic eyes.

Think allergies first when it’s spring and other symptoms (like runny nose or nasal congestion) are present.

Myth: Benadryl is my best bet.

Good old diphenhydramine. It’s probably more effective than Claritin, but it is a sedating antihistamine; it makes you tired.

This means Benadryl is not the best choice during the day. Plus, it can make old people crazy. Loratadine (Claritin — see above) is a so-called “non-sedating,” second generation antihistamine, so it’s not supposed to make you as tired, which is probably true… but it just doesn’t do much for your allergies.

The takeaway? Try Naphcon-A for eye allergies, and keep allergies in mind as a possibility when you see the dreaded pink eye. Avoid Afrin for anything more than a couple of squirts, and only when you’re desperate.

And finally, don’t bother with Claritin or Benadryl. Opt for a nose steroid spray instead, like Flonase or Nasacort — and then thank me on Twitter when you do.