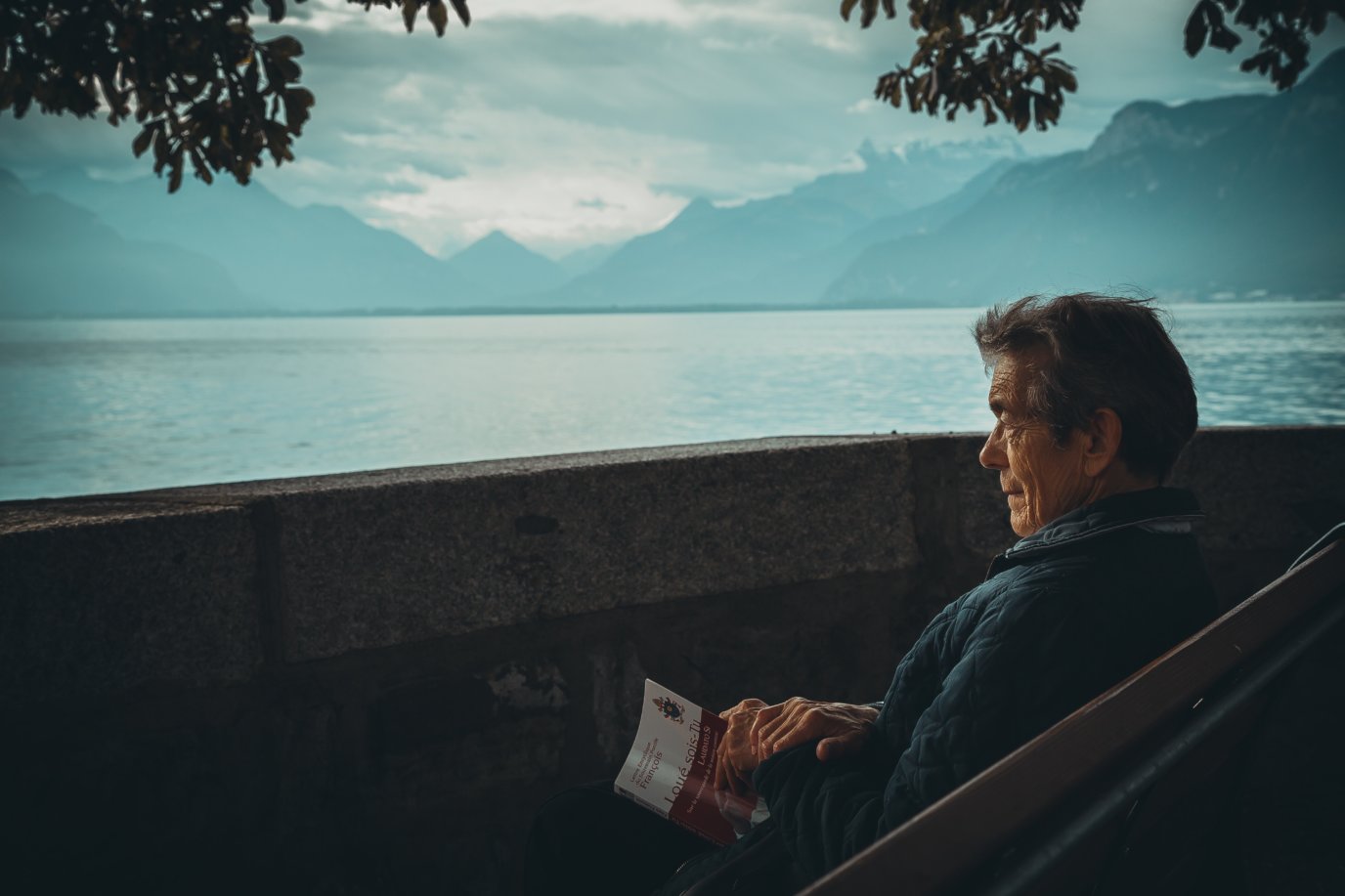 A Curious Case of Weakness in A Stroke Patient, Stroke Symptoms, Stroke Causes and How to Prevent A Stroke, and Types of Strokes

Over the next 3 weeks, I want to tell you about a patient I had with a stroke that I still remember. It was a big of a detective case in the ER, so I want you to always be asking the question, “What is really going on here” and digging deeper. But it mainly impacted me because it reminded me of my grandfather, and how hard it was for us as a family when he had a stroke. So I want to tell this story with some personal heart, too.

I’m going to tell you about Alfonso, what his symptoms of stroke were, and what brought him into the ER that day. I’m going to talk about different kinds of strokes, their causes, and what you can do to prevent them. And we will talk about the difference between stroke weakness and generalized weakness or fatigue, and why it matters. The first week is more medical.

The second week’s blog goes deeper into what was really going on with this man. What really brought him in, his relationship with his wife, fears of death, powerlessness. What can we do when we can’t fix or cure? I don’t want to give it away, but the focus becomes the art of medicine, and the human emotional heart.

The last week’s blog is personal. It’s about my grandfather, his stroke, and how it affected our family. And how my encounter with Alfonso and his situation touched me, reminding me of my grandfather, and how hard it was for us when he had his strokes. That connection is why I want to write all this about strokes. So let’s get started.

I think it’s kind of fun to think about this and play with our own beliefs. I’ll get to what I think in a moment, but more importantly, I think it’s essential to be able to reflect on your own beliefs, to be conscious of them, and the way that they operate in your daily life and affect you. Soulmate is a great example, and the author discusses 3 ways in which these beliefs, these ideas, make marriage easier or more difficult. For example, believing that your soulmate is ordained by God for you may keep you together, but for those of us who have not yet found that soulmate, it can lead to quite the wild goose chase. What are your beliefs about this and how do they affect your current situation, for better and for worse?

Alfonso* was in his 60s. Supposedly, he came to see me in the ER that day for abdominal pain.

When I walked in, he appeared “normal.” He was laying in the bed, about 5 feet 6 inches tall, maybe 200 pounds, an “average” American. His wife was sitting in a wheelchair at the bedside, she seemed both caring and concerned, as if she was his nurse. She easily rose from the chair when I landed at bedside.

WHAT WERE HIS STROKE SYMPTOMS

As Alfonso spoke, he struggled to express himself. His words were slow, imprecise, and slurred, reminiscent of a developmentally delayed child. Then the wheelchair, her caregiver vibe and his physical exam findings clicked in my head–he had suffered a stroke in the past, and had residual problems not only with speech, but mental functioning and walking. He seemed to have more than just a stroke going on in the past, but I returned to focus my attention on his complaint of abdominal pain.

I asked him more questions about his abdominal pain, but he couldn’t tell me much. Again, he had more cognitive impairment than I would expect for a stroke survivor. She could tell me plenty–no vomiting, he had not had any surgeries in the past, didn’t have problems with stomach ulcers, belly hernias or other abdominal pains. He did seem to have a bulge in his upper belly when he coughed.

Sounds like a hernia, I thought. Having been out of residency 10 years, I’ve probably felt thousands of hernias by this point. I had him try to bear down or cough, anything to increase the pressure inside his belly to make the bulge happen so I could better feel it, but he couldn’t do it very well. I don’t think he understood what I wanted him to do. That cognitive impairment again.

He may have had a small hernia in his upper belly, perhaps there was a weakening of the fascia or muscles, like the 2nd row from the top of his 6 pack a little a bulge pops through like when you blow a bubble with bubble gum. I didn’t think this was anything serious, and began to wonder if there wasn’t something else going on that brought them in. These kinds of hernias usually don’t cause much pain.

WHAT COULD CAUSE NEW WEAKNESS IN A STROKE PATIENT?

She elaborated. While he gets around in a wheelchair, he’s been weak recently, unable to stand.

Ok, I thought. Weakness, that’s why she brought him in. Let’s talk about weakness for a second, because there are many different kinds of “weakness.” When we say we feel weak, sometimes we mean general weakness or fatigue, where our whole body is lacking energy. That is a very different kind of weakness than stroke weakness which is almost always on one side–the right side has normal strength, but a stroke patient can’t move the left arm or leg. That’s stroke weakness. Very different things. This patient had both.

The possibilities for his new weakness were many. We call that the differential diagnosis. It could be dehydration, maybe he wasn’t drinking enough and his sodium was low, his electrolytes were off. He could have anemia, with low red blood counts causing fatigue. A heart attack could also do it, and in many, a heart attack can be silent, without the classic chest pain. Or infection of the skin (cellulitis), urine (UTI) or lungs (pneumonia). Any of those could do it. It could be a new stroke, but like we mentioned above, his stroke symptoms didn’t worsen. He was just weaker. At any rate, we had a whole list of possibilities to investigate, so I sent the normal blood work, urine analysis, chest x-ray and EKG to evaluate his symptoms. The “doctor” in me always wants to find something that I can fix, in hopes of making him feel better.

I kept thinking about his mental disabilities, and after more questions learned something that made him a little more complicated. He did have a stroke in the past, but he also had a bleed in his brain. Let’s pause for a moment and talk about what a stroke is, and the 2 different basic types of strokes.

THE 2 BASIC TYPES OF STROKES

WHAT IS A STROKE

THERE ARE 2 BASIC TYPES OF STROKES

Now here’s the difference–there’s 2 types of strokes. Clots, just like heart attacks. And bleeds, where an artery tears and the blood that was supposed to go to the brain cells, flows out the ruptured artery and doesn’t make it to those brain cells, so they die. Whether it’s from bleeding or clots, when brain cells don’t get blood and oxygen, they die. And that’s a stroke. Make sense?

WHAT ARE SYMPTOMS OF A STROKE?

Because there are many different parts of the brain that control different functions, the symptoms of a stroke depend on which part of the brain doesn’t get blood flow. For example, the back part of the brain, the cerebellum, controls balance. A stroke there can result in difficulty walking and vertigo (dizziness). Whereas a stroke in a major brain vessel, typically causes weakness on one side, slurred speech and droop on one side of the face. That is probably the most common stroke symptoms I see–weakness, slurred speech and facial droop.

I don’t want to get too much more complicated for this discussion, but you can imagine how challenging it can be sometimes when someone comes in with only one symptom (like facial droop) but no weakness or speech problems. Or they only have speech problems. Is that a stroke? We have to take all of that serious, because that’s possible. Ultimately, an MRI answers that question.

WHAT TO DO IF YOU ARE HAVING STROKE SYMPTOMS

GO TO THE ER IMMEDIATELY. Because we have meds that can open the clot and restore blood flow. STAT! The window is 3 hours, and every minute matters! More on that another time.

Back to Alfonso, his wife eventually told me that he first suffered a bleed from hitting his head, and that resulted in brain damage, which explained his mental function to me. Then later, he had a stroke (clot) that resulted in his slurred speech, facial droop and weakness on one side, forcing him to a wheelchair. Somewhat complicated, but now we got it.

HOW TO PREVENT STROKES

When it comes to strokes (and heart attacks) that are clots, we know they are caused by similar things–high blood pressure, diabetes, high cholesterol, obesity, smoking, drugs. Irregular heart beats (atrial fibrillation) also. So what can you do to prevent stroke? The stuff you’ve heard plenty about–maintain a healthy weight, eat healthy (in a way that gives you a healthy weight and low cholesterol, BP, blood sugar), don’t smoke, don’t do drugs, do exercise. The classic way to take care of yourself and be healthy, for all involves lifestyle and when appropriate, meds. That’s how you prevent strokes and ending up in a wheelchair.

Notice I didn’t say anything about detoxes, cleanses, bodywraps, the Kim Kardashian diet, nor the Gweneth Paltrow stroke eggs (they don’t exist yet but I’m sure they’re coming). The basics prevent strokes. Not goofy celebrity fads.

SO WHAT WAS MAKING THIS MAN WEAK

I ran the basic tests on him, including blood work for his red and white blood counts, his metabolic profile looking at sodium, potassium and kidney function, a urine test and chest xray to look for pneumonia. The results showed that he was a little dehydrated, which shows up in his kidney function being low (kidney “failure” is an aggressive term here), his sodium low as well, and he had a urine infection. I treated him with a bag of fluids, and was hoping he would feel better, perk up a little and feel stronger. Fluids often help a lot in the elderly. Young people drink water like it’s their job, and I’m not sure it’s doing much unless they are drunk or losing a lot of fluids exercising, but that’s another blog.

He did feel a little better. But I could tell in her eyes that didn’t address the real reason she brought him in…

Tune in next week, where I’ll talk more about what was really going on, and the art and heart of medicine. Until then, if you have stroke symptoms, when should you go to the ER? STAT! And take care of the basics with lifestyle and meds to prevent them in the first place.