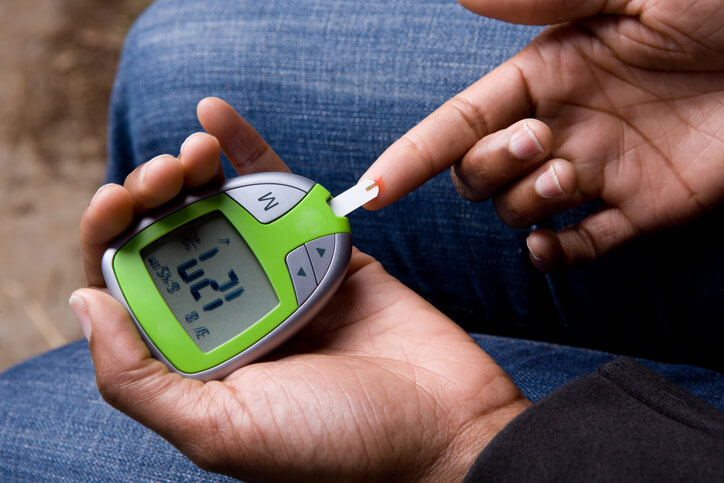 370 million people suffer from diabetes. Many of these diabetics must check their blood sugar levels by pricking their fingers at least three times a day. But with the possible release of an Apple-developed sensor to track a diabetic patient’s blood sugar, the constant and painful testing may become a thing of the past.

What Does Wearable, Non-Invasive Tech Mean for Diabetics?

The technology that Apple is currently working on would interface with an Apple Watch that could be worn by diabetics. The sensor would be a part of the Apple Watch itself, and an app would track the wearer’s blood sugar levels, offer insulin reminders and potentially life-saving alerts if the wearer’s blood sugar levels stray outside normal limits. If released, this technology would eliminate the need for finger-pricking and would likely lead to better monitoring of diabetic health.

If a patient’s diabetes is not carefully monitored and maintained, diabetics can experience severe complications from their disease, which can ultimately lead to blindness, nerve damage, organ damage, oral problems, and loss of extremities or even death. A patient’s ability to closely and consistently monitor their diabetes will prevent their condition from getting so out of control. Dr. Larry and Dr. Ameer Moussa believe that technological developments like Apple’s blood sugar-monitoring sensor could be the key to helping diabetics keep their disease in check and would greatly improve their overall quality of life.

The Apple sensor would be “a game-changer,” for diabetics, according to Dr. Larry, who sees many diabetic patients in the E.R. who fail to monitor their blood sugar levels because the current testing methods are painful and inconvenient.

If the blood sugar app were to be released in a future model of the Apple Watch, Dr. Larry speculates that “it would probably be covered by insurance. It would be that superior to what we have now that everyone would get it.”

Could this Tech Development Signal an Improvement in Health Monitoring?

Beyond its potential for helping millions of diabetics, this wearable tech could be the future of health monitoring, Dr. Larry says. “Imagine if you had a device that could do your blood sugar, your blood pressure, even your cholesterol — all these things that follow with sometimes invasive tests, like getting your blood or even getting CAT scans.”

Dr. Larry believes that having all of this information about the wearer’s health collected in one place could greatly improve the patient’s overall wellbeing on a daily basis, which would lead to better long-term health. “It just makes it so much easier to track it, to follow it… It’s ultimately better for patient care. I’m sure that would translate into saving lives.”

Dr. Ameer Moussa, who is diabetic, agrees that Apple’s in-development wearable health tech could do wonders for his daily life as a diabetic, but also for his long-term health. “It would help me not only with my insulin use, but with my overall diabetic care.”

Would diabetics buy the Apple product specifically for the improvements to their health monitoring and care? Dr. Moussa says yes, especially given its convenience and benefits over any previous blood sugar testing products. “I would probably buy an Apple Watch,” he says.

While Apple’s blood sugar-monitoring sensor isn’t completed or available on the market yet, other tech companies are furiously working on the same product. This means it’s likely that a non-invasive wearable piece of technology for diabetics could soon hit the market. Now it’s just a matter of when, and who will release it first.