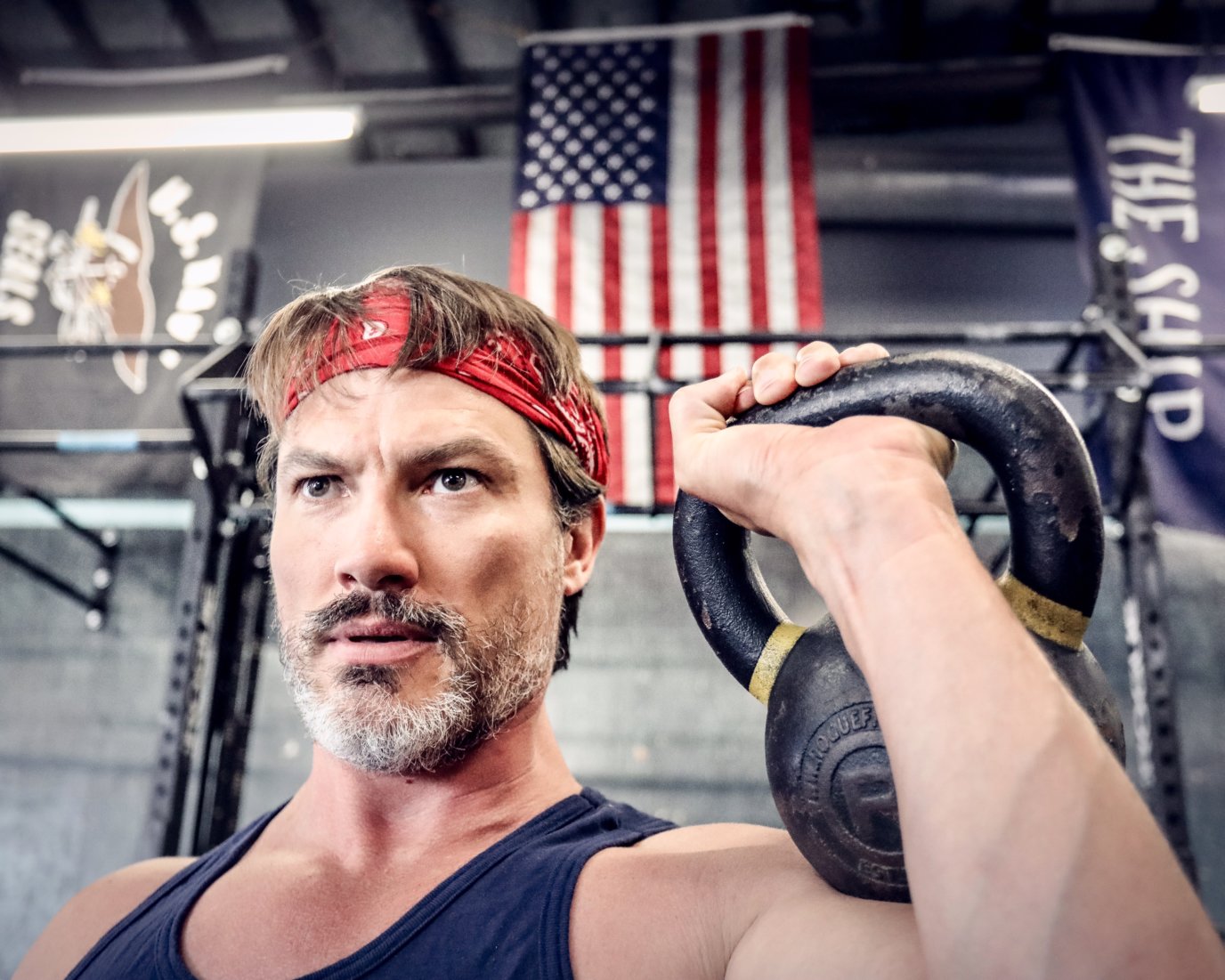 Are You Running Your Own Race, Or Someone Else’s?

Run your own race. Be your best. Don’t compare yourself to others.

Let me give you a recent example.

My trainer (world class bodybuilder and incredible athlete Tito Raymond) invited me to his Saturday morning HIIT (high intensity) training session. 1 hour of insanity. The first 30 minutes we alternated pushing a sled with progressively more weight and doing clean and press. That was fine.

Then the second 30 minutes. Brutal. Continuous stations of 1 min each of jump rope, wall balls, and burpees. Rest as you need, but really–no programmed breaks.

So heading into that second 30 minutes, I felt pretty good. I had eaten well (good carb load of pancakes for breakfast), was well hydrated and rested from the night before and not hungover–all very relevant factors for success. So I put it in my head that I would push myself, but my main goal was to be steady throughout the 30 minutes–no water breaks, no big rest periods. I would do my best to continue, with short breaks 5-15 seconds, but no matter what, how hard it got or tired I became, I wouldn’t quit, even if I was the last man standing. I may not sprint and do the most burpees or wall balls, but I will finish the race.

Now there were 3 other guys, all in varying ways in better shape than me, especially the D1 college football player in the group. So I also mental strategized that I would have to pay no attention to them. If I get competitive (easy for many of us to do) and try to match them sprint for spring, I’ll never make it. I’ll crash and burn, and not meet my primary objective–don’t quit, finish the 30 minutes.

I’ll tell you how it went in a second.

Do you wonder why I was in this mentality to pace myself? Because 2 weeks before I felt the worst I probably ever have during a workout from pushing it too hard. That particular workout, I had everything against me. It was a bachelor party weekend with a bunch of competitive elite Stanford dudes. I had stayed up too late, drank too much, didn’t eat well, and had nothing to eat or drink in the morning, and I was coming off night shift. It could only have gotten worse if I was sick or bleeding to death.

We did a brutal crossfit workout for about an hour, starting on the rowing machine, then assault bike, followed by some ball throw (who knows the names, I’m not a crossfitter), 40 pullups, wall balls, and to end with hundreds of air squats.

The wall balls took me down. And I mean hard. Teams of 2, we started strong, I was going harder than my partner, and we were in the lead. Mind you, this was not a race, but for those of us programmed to want to win at everything, it’s impossible to resist. Even to our demise. That competitie urge takes over, and we push it. Well after a couple sets of wall balls near the end, I got this awful headache dizziness thing (that’s a medical term), combined with incredible fatigue/weakness, and the desire to die. Not rest, or hydrate or eat or sleep. But die. I actually wanted to die it hurt that bad.

I can’t bring myself to type this, but I quit. I had to sit out while my partner finished our wall balls and did most of the air squats, while I stared at the black rubber flooring and tried to understand the physiology of the death I was experiencing. Let’s just say the Kreb’s cycle wasn’t as clear at that moment as it was in biochem lectures during medical school.

There is a God, and I recovered, felt better and finished some air squats. Unquitting. Incredible how humbling that was–one of if not the worst workout ever.

I may be getting older and even old, but I do learn.

Back to Tito time, and our 30 minute HIIT circuit. Having recently been educated on my physical limits at the bachelor party crossfit, I decided to run my own race this time. NOT to compete with these other guys, knowing where that would take me. But just finish respectably, and (this is important) alive. Not dying being a good goal at 40. I’ve got things to live for, right?

So that’s what I did. I found my rhythm, I could to jump rope without stopping for 1 minute, if I went a little slower than the rest. I would stop 5 seconds early and walk to the next station, and then get started early, get 5 burpees or wall balls done, and then rest for a bit before going back at it.

These guys went more intense than I did. I didn’t count, but I’m pretty sure they did more wall balls (that name is pretty neanderthal) etc than I did. But I ran my own race, and finished. WITHOUT DYING. I felt pretty good.

Here’s the thing I found most interesting and profound. The lead trainer, world class bodybuilder, was incredibly competitive. He would sprint the last seconds of each 1 minute station, whereas I stopped 5 seconds early to take a break and prepare for the next station. So when he saw me get started early on the next station and get ahead of him, his competitive drive would kick in, he’d get going, and wear himself out.

I would be lying if I didn’t take a little pleasure in messing with his head that way. But I wasn’t going to bite on the game. If I played his game of intensity, I wouldn’t make it. He’d crush me. Slow and steady was how I was going to finish the race. And the part I was most proud of–I actually didn’t care at all if he “beat” me or not. Sure, somebody right next to you going hard does push you to go harder and be your best, BUT–I just didn’t care to try to “beat” him at this game.

In the end, I ran my race, and did my best. Can I go harder next time? Sure–there’s always an edge to be pushed internally between wanting to die (bachelor party crossfit) and finishing slow and steady (Tito morning HIIT). Continual improvement is always part of YOU being YOUR best, not just beating someone else or winning the race.

Because in the end, life really isn’t about winning, beating others, or being “the best.” It’s about living to your own vision, not getting enticed to run someone else’s race, but your own.

Winning your own race, being your best, that feels good. And so does not dying.

I can’t remember the last time I physically wanted to die.

It was a bachelor party weekend, I stayed up too late and drank too much, without good nutrition the night before. And I knew we had a group crossfit class setup for this group of guys. In my 40 year old body, I tapped into my 16 year old high school football wrestler mentality, got competitive and went a little too hard. That’s a lie. Way too hard, especially for a mild hangover.

Then I started feeling this throbbing dizziness headache, along with an overwhelming fatigue. And I wanted to be dead. But I don’t quit, so I kept going. The workout started with row machine, then the assault bike, onto 80 pullups (for a team of 2), wall balls (throwing a medicine ball up against the wall after squatting it), and finishing with hundreds of air squats.

The wall balls did me in. The sneaky bastards. I spiraled down, and had to take a break. Can’t bear to use the Q word, but I pretty much quit. Death was upon me. I’m sure