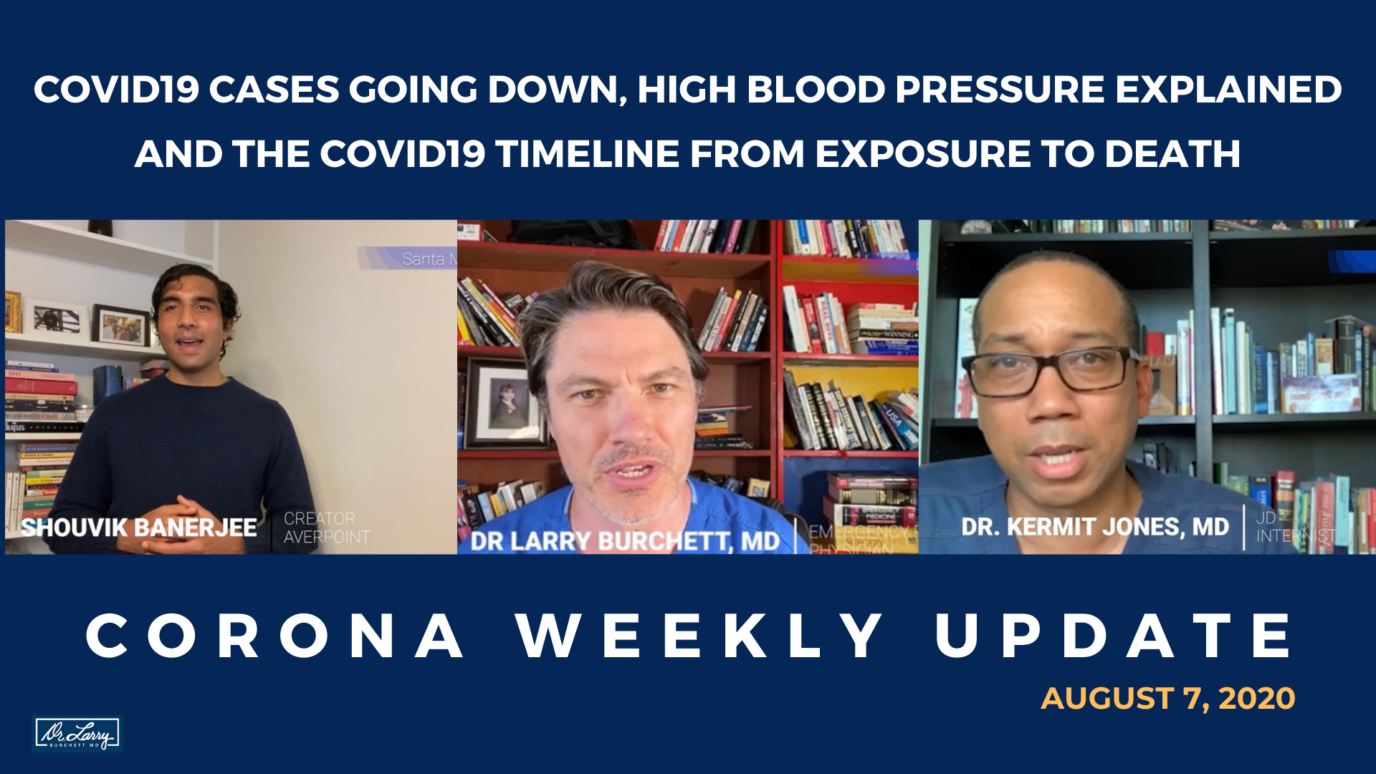 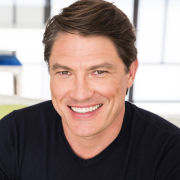 “This week, about 1,100 deaths a day, that up 10% in a week and more than doubled in 4 weeks.But there are some good numbers. New cases, which tripled in June and July are down 10%, from 65K to 58K. Hospitalizations are also down 10% – partly cause more patients have died, and partly cause fewer new cases. Regionally, big drops in the South and West led by the big states. CA – 10K to 7K, 30% in 2 weeks FL –  14K to 7K in 3 weeks TX – 10K to 8K – though small bump Midwest – daily cases tripled from 3K to 9K in June and July, but were flat this week. States like IL, ID, WI, and MI all seeing spikes. Testing is down 10%. Why? Daily cases down from 65K to 58K. Hospitalized down 57K to 53K. Deaths up 10% from 1,000 to 1,100. Regionally, south and west down. Midwest rising for 4 weeks is flat.Big states – CA and FL continue to come down. Texas for some reason went up. State hotspots: LA, MS, AL, GA, FL. Positivity up in midwest. Testing backlog got so bad – patients waiting over the week – if they are contagious they could be spreading. 6 governors – 3 from each party – formed a testing agreement for rapid testing. As we’ve discussed, rapid antigen testing can be inaccurate.

How do we interpret this? Story is outbreaks can happen even in contained countries. A national testing strategy can contain the outbreaks. But if the population grows weary of lockdowns and masks, not policy can stop the spread. Still, even then, while populations have complied, the per capita numbers are still lower.

We previously talked about health conditions that researchers have found seem to place people who get infected with COVID-19 at higher risk of complications. The latest evidence suggests that people with uncontrolled or untreated high blood pressure can be at risk of getting severely ill with COVID-19.   This risk can be as high as 2.12 times higher those without high blood pressure and 2.17 times higher if the person has uncontrolled blood pressure, that is, not taking medications to control.

So lets take a step back, what is high blood pressure, also called hypertension?

What is the prevalence of high blood pressure in the U.S. population?

How does having uncontrolled high blood pressure increase risk of COVID-19 complications?

The science is still investigating and the CDC says there’s mixed evidence. But here’s what we know:  The early studies in China, Italy, and New York City showed high severity and morbidity rates among patients with hypertension. But more studies noted the early patients were largely older. It was unclear if hypertension or another co-morbidity caused severity and death. There are studies underway exploring if hypertension is an independent risk factor. Why would there be a link?A Swiss study found hypertension might be taxing on the immune system, making it hard to fight both high blood pressure and COVID19. In July, an Italian study of 40 patients explored how COVID19 attaches to the ACE2 receptors on the lungs. ACE2 receptors normally help decrease blood pressure and reduce inflammatory response. The study theorizes covid upsets the normal ACE2 response, resulting in higher blood pressure and unchecked inflammatory response. Some have theorized that blood pressure medicine – not high blood pressure itself – might contribute to severity. But a US study of over 10,00 patients did not find a clear association of ACE inhibitors and COVID positive tests.

NATURAL COURSE OF THE DISEASE

What is the typical natural history of disease for COVID19, from exposure to getting sick?

Let’s talk about the Course of Covid–meaning, when you get it, when do you get symptoms, when at what days do people typically get sick? Once exposed, there is an incubation period, where you don’t have any symptoms on average for 4 days (it ranged anywhere from 2 to 7 days in one New England Journal study out of China)–almost everyone who shows symptoms, does so by day 11, but not everybody at day 4. Remember, over half of those infected, show no symptoms.  (citation)  But for those who do, what are the most common symptoms of Covid? So on day 4, symptoms can include (use Table 2 “Symptoms”) according to early CDC data on 1.3 million US Covid-19 infections. About half have fever or coughA third have SOB, body aches, or HA, 20% or less have belly symptoms such as  diarrhea, NV, pain; also less frequent is sore throat; and less than 10% have loss of smell or taste, or runny nose. So these are the common symptoms.

But when do people get sicker and need to be hospitalized, and with what symptoms?

The main concerning symptom is shortness of breath (SOB), this is when we worry that mild COVID19 may be getting worse and progressing to Viral pneumonia, where the virus has significantly affected the lungs ability to get Oxygen to the blood. This SOB typically occurs on day 9-11 after exposure, or day 5-7 after symptoms start.

SOB worries me most as ER doctor and is reason to go to the ER and be checked. Of course we see this more commonly in older folks who have advanced medical disease to begin with. For those who progress and need to be admitted to the hospital for low oxygen, for example, that happens around day 10, and for those who need Intensive Care, end up in the ICU on average 12 days after symptoms start. Remember, most people survive and recover. But for those who get sicker, at about 2 weeks, the cytokine storm, or SIRS, is felt to occur, with complications including kidney failure, clots in lungs and strokes, heart injury, and worsening resp distress syndrome, or ARDS. For those who don’t make it, on average, they pass about 3 weeks after symptoms start.   When fatal:

Of course we see this more commonly in older folks who have advanced medical disease to begin with. According to a Lancet study on the clinical course, on average, by day 10 after symptoms, those who have gotten worse are admitted to the hospital, and for those who need Intensive Care, end up in the ICU on average 12 days after exposure. After 2 hospital complications including respiratory failure, kidney failure, bacterial sepsis, clotting such as strokes and clots in the lungs. For those who don’t make it, on average, they pass about 3 weeks after exposure.  Some good news–one study showed 86% of people admitted to the hospital were discharged after just over 2 weeks (16 days).   Stay safe, take care of yourself always, and in this, please do your part. You can check out my collection of evidence for this article on Averpoint. And if you’d like to check out more videos on COVID19, stay informed with our CORONA WEEKLY UPDATE to keep you informed of the latest science, you can find those videos on my Youtube Channel.