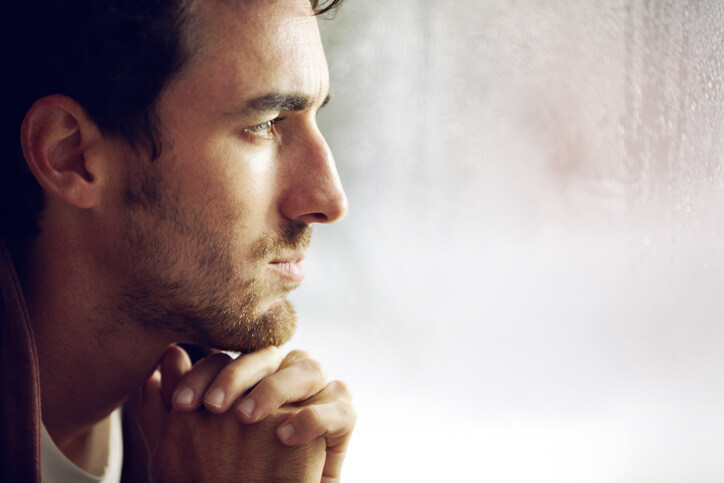 Finding Your Courage to be a Stronger Man

What I want to talk about today is something at the core of what it means to be a man. In many ways, this character trait benefits women as well, but I want to talk about it in the context of being a man today. If you master this, you can walk up to any beautiful woman in the world and ask her out; at the same time, this is key to building a real relationship with a woman you love.

Before I tell you what this is, I want to explain how I came upon it.

And I felt (here it is) REJECTED. Within me, these micro-rejections piled up until I noticed a fear develop, where I would withhold my thoughts, feelings, wants — in other words, myself and who I was — for fear of that painful feeling of rejection.

I didn’t like it. Rejection didn’t feel good. They were moments of deflation, sometimes even a little sickening nausea. Just one of many forms of our old friend — pain.

Now, I want to draw a big distinction between the fear of the rejection, which is anxiety beforehand, and rejection itself, which is where the true pain lies.

I’d also like to point out this was not her fault or issue; it was my feelings. She was a busy professional with her own life, wants and agenda. Most of the time, things worked out, and when it didn’t, that seems pretty normal to me in a relationship of two people. But this was not her problem; they were my feelings.

I like this idea of emotional “bids” in relationships. A bid is where one person reaches out in some small way to another. In good relationships, the partner receives the bid most of the time (greater than half):

And you acknowledge in some way:  “Totally, babe”  — versus: “God I hate blue jays, reminds me of when Toronto beat us in the playoffs,” or worse “Birds are dumb and so are you.”

It is true that much of the emotional pain may come from meaning — what does it mean to me when she doesn’t reciprocate?  That I’m not enough?  That we are doomed because we have to agree on everything, etc?  That is also part of the story and relevant, but not what I want to focus on here.

What was really going on for me, and for what I really want to talk about — I don’t want to wiggle out of the essential issue — is pain. I don’t want to Jedi-mind-trick myself away from discomfort just because it temporarily doesn’t feel good.

I want to feel this pain. Sit with it. Let it hurt a little, so I can understand and know it. So, ultimately, I can conquer it.

It can really be boiled down to good old pain. I realized that for me to love this woman in a relationship meant that I had to endure and tolerate this pain. I had to keep making bids, even though I know some of them would be rejected, and would therefore hurt.

This core quality of being a man today — this ability to endure pain.  What’s that called?

I’m going to call it courage. 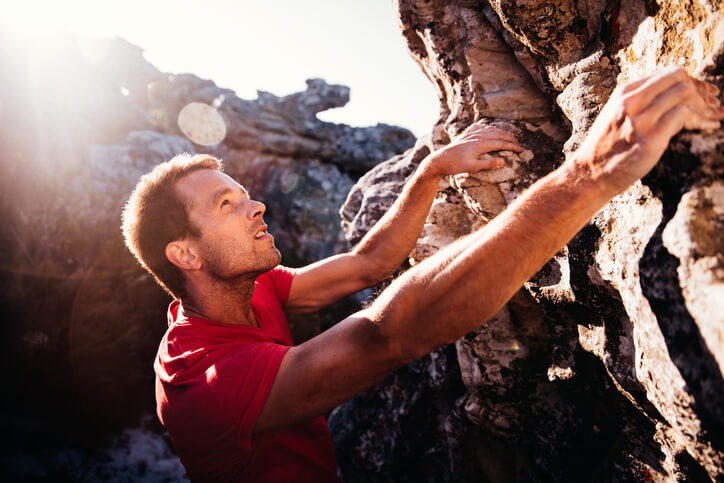 Yes, courage most commonly is understood as the ability to conquer your fear, the ability to get through the anxiety or anticipation of pain. Courage can take you through the fear, right to the pain itself. And, more than the fear, the pain is what we must face, feel and conquer — both the emotional discomfort of getting shot down and the occasional loneliness of your partner leaving you out to dry.

A crucial aspect to the ability to tolerate pain is willingness. In other words, it just comes down to a choice. The hardest part for me in this situation was figuring out what the hell I was feeling. Once I recognized it as fear of rejection, I had a choice: Stop reaching out to this woman (adios relationship) or choose to continue to make my emotional bids, which will inevitably sometimes leave me rejected and hurt.

I chose to continue to put myself out there.  Some micro-rejections continued; they didn’t go away. But once I knew this was courage, I felt strong in the moment of rejection. I was taking it. I was strong enough to take the pain. I was conquering. Over time, this didn’t hurt so much anymore.

Is it any different with the pretty girl? The approach, asking her out, or pulling her in for a kiss? I don’t think so. A stronger man, I truly believe, can endure defeat. We are weaker when we never try.

So get out there, talk to the girls you really want to talk to. And when you are rejected, which will happen, endure it, and know you are stronger for it.

On to the next.

With relationships, this is particularly important for men because who is expected to bear the risk of the approach? Duh, the man. I don’t see many girls initiating those conversations. I, and I think most men, would welcome this. Ladies, when you are ready to ask us out, we’ll be there with bells on. But guys, I wouldn’t wait for that day — anytime soon. In most cases, assuming the risk is still ours, including executing the courage and enduring the pain. How many times have I heard women impressed just by a man walking up with confidence, regardless of what he says? It takes guts and balls. I call that courage.

Back to my point: the way you get stronger — courage.

No need to stop at relationships and dating with courage — it works for family and friendships as well, just like your ability to tolerate pain will affect what you eat and how much you bench press, how fast your marathon time or how long you persist at your financial goals. Do not underestimate this in your life.

How can you begin to cultivate this within, to become the man you really want to be, to go after the life you really want?  The inspiring news is this — it can start with a choice and simple will.

Four cardinal virtues remain: Wisdom, justice, moderation and courage. Nothing tops wisdom, or practical knowledge. But for growing into a true man today, I suggest courage may be the most important virtue. Ultimately, your ability to willingly tolerate pain may determine your destiny, and certainly what kind of man you become.