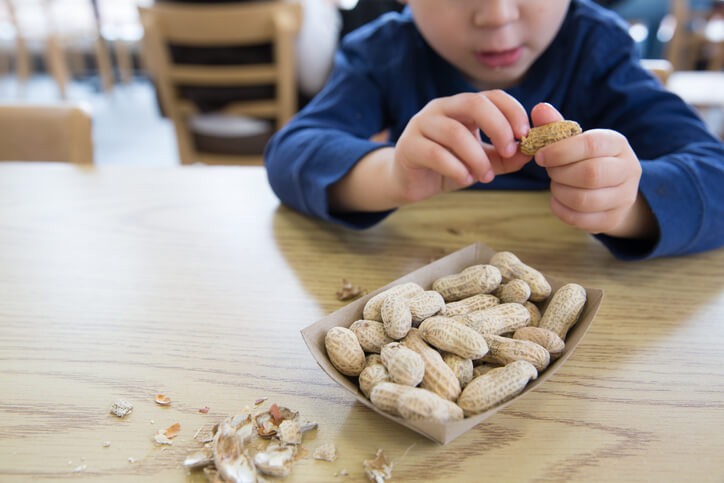 In the past, parents had been told to keep peanuts away from babies until they were 3 years old. But a recently-released statement from U.S. health officials says that this may not be the best way to reduce the risk of children developing peanut allergies. There’s a new recommendation on when and how you should introduce your children to peanuts.

Dr. Larry said that a study published in February of 2015 revealed that “in Israel, where they give their kids peanuts and peanut butter earlier, they almost have 25 times less allergies.”

After two years of reviewing the original study’s findings and conducting their own research, U.S. pediatric health organizations agreed that the results suggest that earlier exposure to peanuts will decrease a child’s risk for peanut allergies. They determined that the new standard for introducing a child to peanuts should be done as early as 4 to 6 months.

If your child already has other known food allergies, they may have an increased risk for peanut allergies, so take this into consideration and consult your child’s pediatrician before introducing them to peanuts. “If you kid has severe allergies, you might want to get them tested to see if peanuts provoke a response,” Dr. Larry suggests. “If it doesn’t, it might be a good idea to expose them and get that protective benefit.”

The Protective Benefit of Introducing Young Children to Peanuts

The protective benefit that Dr. Larry is talking about comes from a person’s own immune system. A person’s immune system either develops a resistance to a new potential allergen, like pet dander, plants, or new foods, or it reacts and tries to fight off what the system views as a threat to the body. So by exposing a child to something like peanuts earlier, health experts believe that the immune system will be less likely to develop an allergic reaction to that stimulus.

“We’re actually using the immune system… to prevent the allergies instead of cause them,” Dr. Larry explains.

Talk to your child’s pediatrician about introducing new foods into your child’s diet. The new recommendations may help prevent your child from developing a potentially life-threatening peanut allergy — which is an exciting breakthrough in preventative health care.