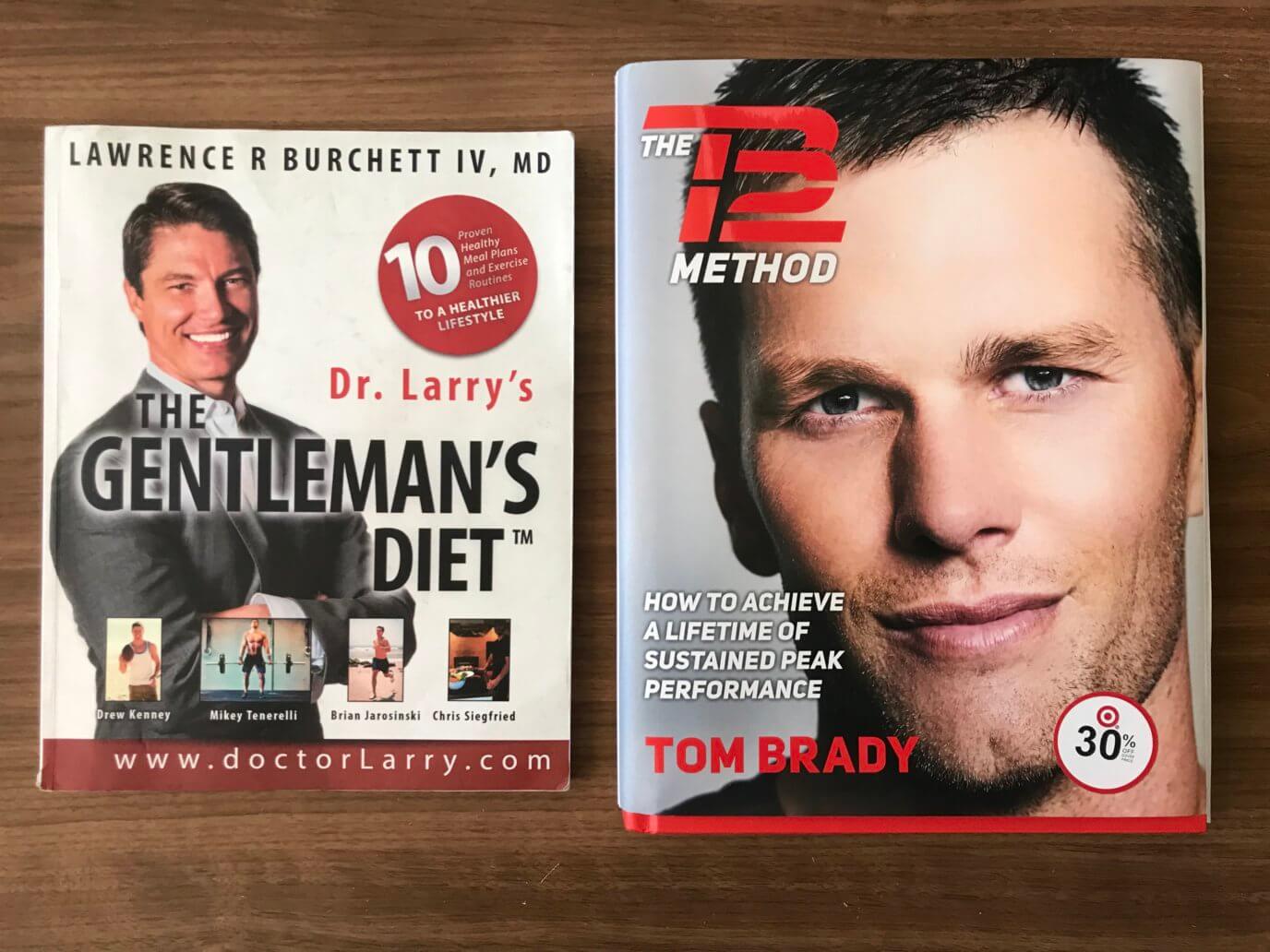 How Does Tom Brady’s Diet Compare to Dr. Larry’s 5 Principles?

While Tom Brady’s diet may not have been enough to get him that sixth Super Bowl ring, is it enough to propel him to a life of continued good health and longevity?

Like Dr. Larry’s own book, The Gentleman’s Diet, Brady’s The TB12 Method doesn’t focus on miracle weight loss or fast fixes — it’s all about longevity and sustained performance. And, given Brady’s 18 starting seasons with the New England Patriots, he seems to be doing something right.

So, how does Brady hold up against Dr. Larry’s five principles of nutrition and longevity?

Brady’s book break downs his daily food and drink intake, and he gets a thumbs-up for the number of fruits and vegetables he consumes. He starts with a fruit smoothie at breakfast, veggies at lunch and dinner, and snacks on fruit throughout the day.

Brady writes that he actively avoids red meat, choosing fish and chicken as his go-to meal proteins. While that gives him a plus from Dr. Larry, there’s a caveat to another kind of protein the quarterback supposedly consumes during his day.

“I will have to say he overdoes it on this TB12 protein stuff,” Dr. Larry says. “I think he’s pushing it to make money. Does he really have three or four scoops of this stuff during the day? Maybe. I would say you probably do a bit better by eating real food — chicken or fish, lean protein.”

One of Brady’s main foods through the day is a protein shake — healthy when full of fruits and vegetables, but his constant mention of this TB12 protein powder gives Dr. Larry pause.

Brady writes that he’ll drink shakes with up to three or four scoops of TB12 protein powder, which (in addition to being a shameless plug for Brady’s branded food) could be a source of additional calories and sugars.

“The big question is: What is in these TB12 Electrolytes — how much sugar?” Dr. Larry asks. “That’s my question there.”

For what it’s worth, Brady’s website states that TB12 Electrolytes contain no added preservatives, flavors, or sweeteners — only “72 ionic trace minerals in varying amounts as found in sea water.”

Based on his book, Brady eats a decent amount of fruits, vegetables and nuts during his day, which makes Dr. Larry believe that he’s consuming the fiber he needs from those.

Like his TB12 protein powder, it’s the TB12 snacks that raise questions for Dr. Larry about the nature of the “artificial” aspects of Brady’s diet.

“‘TB12 snacks, which are raw, vegan, organic, gluten-free, dairy-free’ — well, what are in those? Are those processed things? What are these TB12 snacks?” Dr. Larry asks. “Those are probably processed.”

Brady also likes to snack on chips and guacamole and homemade crackers which, when consumed in moderation (10-20 percent of diet) likely won’t ruin his chances at longevity and peak performance. However, it’s those interesting TB12 snacks that keep Dr. Larry from giving Brady a thumbs-up on this diet principle.

Like many professional athletes, Tom Brady wants to sell his brand — and his protein additives — in The TB12 Method. Disregarding those protein powders and shakes, Brady’s diet is a great example of Dr. Larry’s five principles in action.

“It is a gentleman’s diet; he probably is the gentleman, these days,” Dr. Larry says. “He gets all five of my principles of longevity: doing everything he can food-wise to maximize his career but also taking care of his body. In general, I think he’s got a pretty darn healthy diet.”