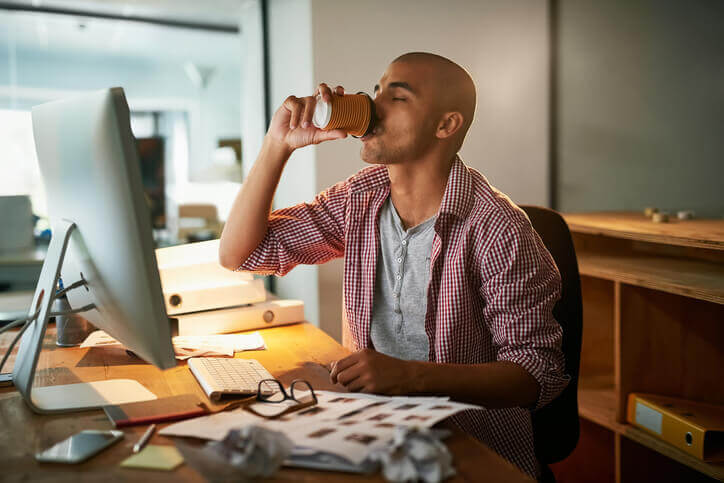 How Much is Too Much Caffeine? Dr. Larry Weighs In

For many of us, caffeine is a must to get through our day. Whether it’s in the form of a couple of cups of coffee to wake up, an energy drink to stay up late and finish errands or a pre-workout drink to prepare us for exercising, caffeine is a common pick-me-up for many people.

But, exactly how much is too much caffeine?

Earlier this summer, a teen from South Carolina collapsed and died after drinking a large Mountain Dew, a latte and an energy drink within two hours. While this certainly isn’t the normal caffeine intake for a lot of people, it did bring up some concerns, with people wondering how much caffeine you should have in a day.

In a recent appearance on KTVU Oakland, Dr. Larry says the answer depends — on how much caffeine a person has within a certain amount of time.

“My guess was somewhere around 400 milligrams of caffeine, maybe over that,” he says of the teen who died, “and, certainly within two hours, is certainly going to have  a higher level of caffeine than when you spread that out with four cups of coffee over a whole day.”

While too much caffeine is bad for a person, how much caffeine is safe for each person is hard to say. While pediatricians recommend no more than 100 milligrams of caffeine for children under age 18, how much an adult can have will depend on factors like weight, health history, age and activity level.

“I don’t know that the caffeine is any different in an energy drink” versus a coffee, Dr. Larry says. “While an energy drink is going to have Powerade and other substances that affect you and stimulate you, you can get an overdose of caffeine from coffee.”

In the case of the South Carolina teen, the level of caffeine in his body induced arrhythmia of the heart, which caused his collapse and subsequent death. An autopsy did not reveal any undiagnosed heart condition.

If you’re wondering how much caffeine is too much for you, know the Food and Drug Administration does not recommend more than 400 milligrams of caffeine a day. Any more than five cups of coffee in day, and you may experience what’s known as “coffee intoxication” and side effects like anxiety, agitation, headache and excitement. Keep consuming more caffeine, and you could find yourself in a serious caffeine-induced medical emergency.

“This story certainly makes you think twice about having too much in a short period of time,” Dr. Larry says.

Fortunately, if you’re worried about too much caffeine in your life, there are some more natural ways to get an energy boost. Try getting more sleep, spending more time outside in the sun and moving around for more energy. Eating healthier and drinking more water can also do a lot for increasing your energy level without consuming caffeine.