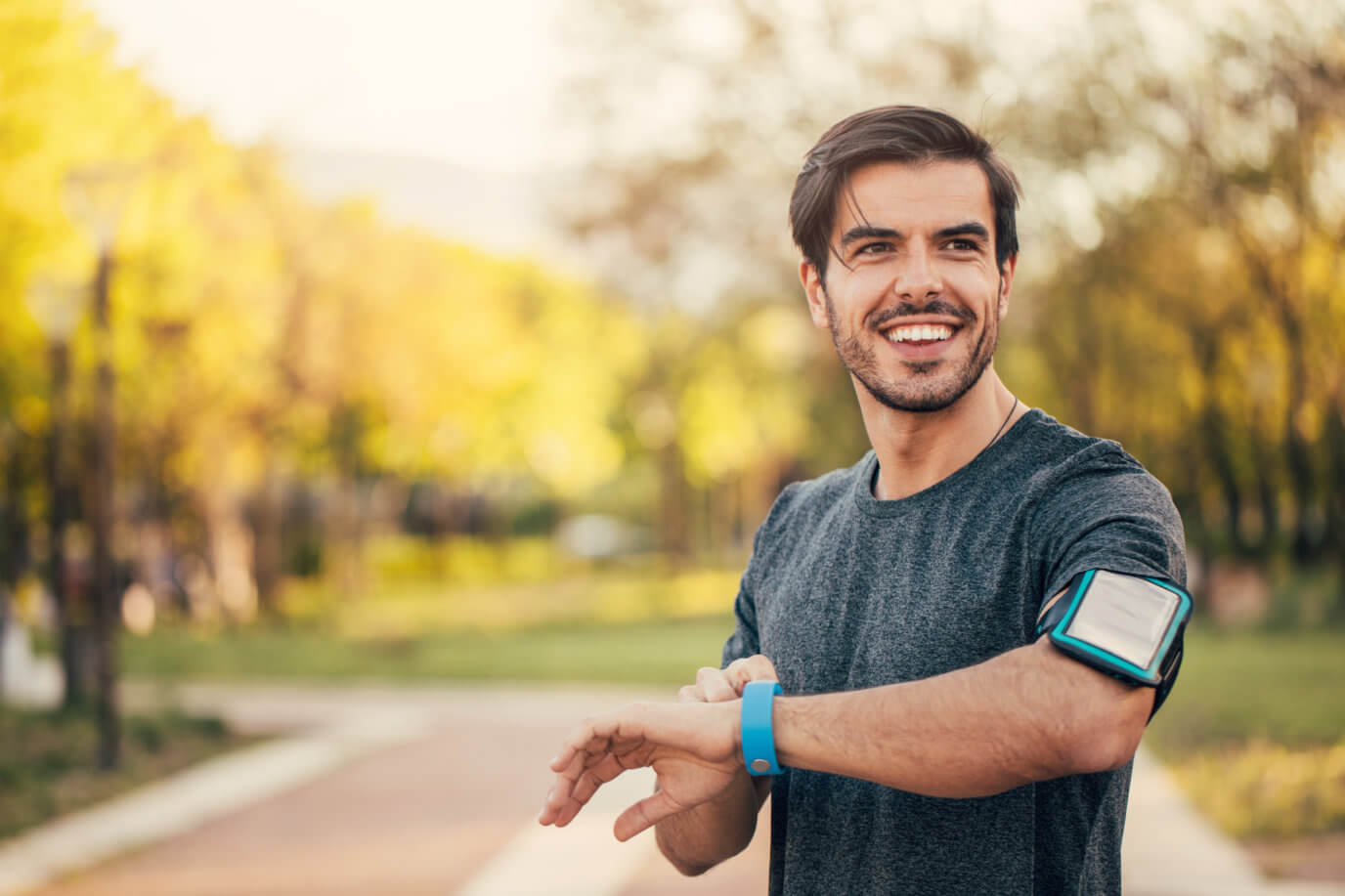 What does measurable mean? Probably the easiest way to measure a goal is to quantify it. To put a number on it. You want to look better in the mirror, or you want to get healthier with regard to your weight… How much do you weigh? Use the scale. Put a number on it.

Another common one that I think is easy to do is measuring your waist. Are you 38? 42? And as you lose weight, that should get looser. Belt notches should get smaller. Actually take your measuring tape out and measure that.

Why is a good goal measurable? Because it answers a question. How do you know if you’re making progress to your goal or not? So a nice thing, especially with weight loss, it’s very easy to look in the mirror and to kind of trick yourself, to basically lie to yourself. Now I do think a common thing that people do, a kind of “before and after” picture, can hold you accountable, especially if you do it in the same way. Make sure you’re not flexing and looking better in the second one, you know, but actually having the same pose with the same lighting. We’re not talking about how to fool everybody on Instagram. Make sure it’s about the same so you’re comparing apples to apples, and then you can track once a month. Pictures can be a helpful way. Is it measurable? Kind of. It’s not as tangible as a number, which can make a really good goal.

For me, I like to use a DEXA scan, which is an x-ray that tells me how much muscle and how much fat I have on my body. It’s interesting because I’ve done this before and I’ve been like, “Okay, I’ve put on five pounds. I think that’s four pounds of muscle and a pound of fat,” and then when I check in with a DEXA scan I find out: oh no, it was four pounds of fat, only a pound of muscle. So being able to measure and to quantify my goal of wanting to be more muscular and wanting to be in better shape, in that case, measuring not just weight but measuring fat and muscle was very helpful to help me to go, “Oh wow, I ate too much and I ate too much junk. If I really want to maximize muscle gains and not gain fat, I need to change what I’m doing.” That’s kind of the ultimate feedback of this. How do you know if you’re progressing to your goal? Measuring it is a great thing.

I think this is one of the reasons that men in particular focus on bank accounts and stock account values and net worth, because we can translate it into a number. Because it’s very easy to know and have that security of, “Ah — my stock portfolio went up from $10,000 to $11,000. I know that it’s getting better. I know that I’m making gains.” Sometimes you have this uncertainty with other goals. Take a relationship, for example. You want to have a good, happy relationship or marriage. How do you make that a goal? How do you make that a measurable goal? That’s a little more difficult. We don’t have a 1 to 10 scale. You’re going to give your wife a survey? That’s a little harder.

I do still think that putting numbers on things, even if it’s an arbitrary number, like a 1 to 10 scale, sometimes that’s the best we can do. When I coach people on happiness or job satisfaction I’ll just ask them, “Hey. On a one to ten scale, how do you feel at the end of the day or during the day? How happy are you with your job?” I think that’s a helpful way to kind of quantify. To make measurable something that is not inherently measurable. It’s not as easy as your weight or the amount of muscle mass that you have, the pounds, or your bank account. Those things really easily lend to it. But I think putting a number on it in some way can help to make it a better goal.

What do you think? What goal did you select, and how can you measure it so that you see (hopefully) that you’re having progress and you’re moving toward it? But then also, just as importantly, we measure it to know when you’re going the opposite direction or when you’re not making progress — that’s good to know, too. Because then we need to change what we’re doing. We need to say, “What I’m doing is taking me this way and I’m going to go this way. So let me stop for a second and let me change what I’m doing to make sure I’m progressing toward my goal.”

Okay, so that is measurable. Do that with your goals, give me some feedback; I want to know what kind of goals you’re working through on this thing and how you’re making them measurable. Next video is going to be about how to make sure your goals are attainable. Be sure to subscribe to my YouTube channel.