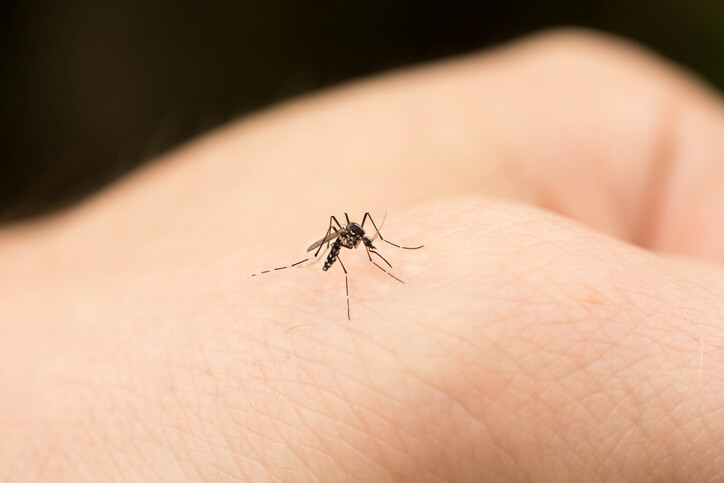 The 4 Things You Should Know About Zika

With 1.5 million people affected in Brazil and projections of 4 million people being infected worldwide, Zika is persisting concern for health officials. Dr. Larry Burchett and Dr. Cora Hoover, a preventative medicine specialist and assistant clinical professor of epidemiology and biostatistics, discuss what the Zika virus is, as well as what you can do to protect yourself from it. These are the four most important questions about Zika you should learn the answers to:

1. What Are the Symptoms of Zika?

“The Zika virus, if you get infected with it, has typical flu-like symptoms: fever, rash, joint-aches, red eyes — really, indistinguishable from other viral illnesses,” Dr. Larry says. “We start to think about [Zika] when someone has traveled to an area that is affected.”

2. What Areas are Affected by the Zika Virus?

The Caribbean and Latin America are currently hit the hardest by the Zika virus, and travelers to the regions should take serious precautions.

“Pregnant women are advised to postpone travel to those areas,” Dr. Hoover says.

Central Africa, Southeast Asia, Indonesia, the Philippines and southern parts of the U.S. are also affected by Zika, but the virus thrives in many global regions where mosquitos are present.

Although anyone may contract the virus, primarily by mosquito bite or through sexual transmission, not everyone will show symptoms of the virus. These people still pose a serious risk to others. The Zika virus can still be passed from them, even if they show no symptoms.

The people at greatest risk for the Zika virus are pregnant women and their unborn children. Zika causes serious birth defects in babies born to mothers who contracted the virus while pregnant. In 2016, 51 babies were born with Zika -related birth defects in the U.S. alone, and those numbers are on the rise.

“Prevention is the best thing,” Dr. Larry advises. This includes the use of:

If you’ve traveled to a region affected by Zika, you should continue to use insect repellant after you get back for at least one week, “so that the local mosquitos don’t pick up the virus from you, even though you’re not symptomatic,” according to Dr. Larry. This will help prevent the continued spread of the virus throughout the U.S.

“There isn’t an available treatment or vaccine for Zika at this time unfortunately, and I think we are not going to have a vaccine against Zika in the immediate future,” Dr. Hoover says. This means that the only option available is continued prevention and precautions in the public against the spread of the virus.