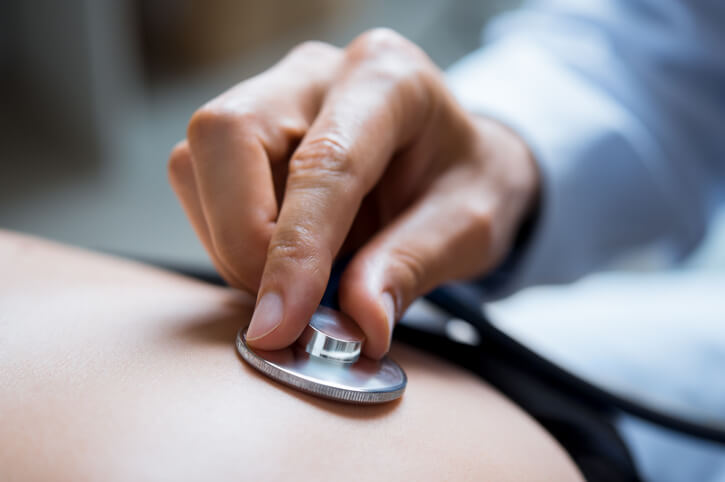 Tuberculosis: What You Need to Know

June 30, 2017, the East Bay Times reported that the Solano County public health department sent a letter out to members of 24 Hour Fitness in Vallejo, CA, informing them of possible exposure to tuberculosis.  I was asked to speak about the TB on the 4pm Fox news channel, KTVU.  The following is my research and talking points on the topic.

95% of cases are in developing countries

most of US cases come from foreign born immigrants coming from countries with high rates of TB.

While not common in the US, I’ve seen plenty of TB when working in Compton and county hospitals, often associated with poor immigrants, the homeless and incarcerated patients and those with HIV.

TB is a type of bacteria called a Mycobacteria.  It isn’t like staph that causes skin infections, or strep that causes strep throat.  It’s a cross between a bacteria, and a fungus in that TB grows really slowly.

When you are first exposed to TB, your immune system can fight it off completely and rid the TB of your system, or merely control it but not kill all of them, where some TB may live on in a dormant or sleeping stage.  We call this dormant stage “Latent TB.”  Those with latent TB may later on develop “Active TB” when the bacteria wakes up.

Active TB is what the guy at the 24 hour fitness gym had.  I don’t have information on him or how he got it, but common symptoms include cough, fever, coughing up blood, weight loss, night sweats.  Again, TB doesn’t hit you hard like Pneumonia or the flu, it’s more subtle and sneaky, which makes it harder to diagnose and more risky to spread to a lot of people.

Active pulmonary (lung) Tuberculosis is spread via respiratory droplets, or when someone coughs or sneezes.  But it is not as contagious as a cold, with some colds you can get sick with just 1 sneeze.  TB is more commonly spread to close contacts, like people living with someone infected with TB.  Although still important to track down, the gym exposure is not as risky as being exposed repeatedly with someone you live with.

So what if you get TB?  Basically, TB can destroy your lungs.  Chest x-ray characteristically shows “cavitary lesions” or holes in your lungs.  I have seen some patient whose TB was not treated and over time, their lungs functioned like someone who smoked for 50 years—they were shot.  So it is very important to diagnose and treat this early.

There is good treatment for active TB, it takes 4 meds and 6 months, taking all the meds very important because of drug resistant TB can be difficult to treat.  If you only have the latent or dormant TB, you only have to 1 one drug for 6-9 months to clear it from your system.

Anyone potentially exposed to the 24 hour fitness gym should be tested for latent tb to make sure they don’t have any TB in their system.  The most common test for this is a skin test, and if positive, like we said, you would need 6 months of meds, and done.  TB taken care of.

You can see how, since TB can be very subtle and look like a cold, it might start spreading through a community.  That’s why public health is aggressive about tracking these infected people down and quarantining them (keeping them out of the public) until their disease is not contagious and active.  First world public health is the reason we don’t have to worry about TB like the millions world wide in the developing world where almost 1/3 of them are infected over their lives.  Give it up for modern public health.

Typically what happens in the hospital in Compton when someone is suspected for TB, which is usually based on symptoms and the appearance on chest Xray or CAT scan of cavitary lesions, we put them in isolation to limit the spread of the disease.  Then we test their sputum by making them cough up phlegm (hock a loogie pretty much) and test it for TB.  Once it comes back positive, we start treatment, and often, they have to stay in the hospital for weeks (sometimes 4-8 weeks) until their sputum test (loogies) are negative for TB.  Then they can go home and finish the 6 month treatment with 4 pills at home.  But it’s torture for them to be in the hospital for so long quarantined from the public.

I’ve also been in developing countries where TB is so much more common.  When looking at a Chest xray with someone with cough, I think of pneumonia or bronchitis, but the local docs think of TB since it’s much more common.  Because it is more common, it is much more casual.  Probably why this disease is so poorly controlled in the poor world.  It’s definitely the jungle out there—not going to lie, that’s part of why I love working internationally.  There’s a thrill to it.  Luckily, I’ve never developed latent TB, and I hope to keep it that way.

For more info and the basics on TB, I recommend the following website from the CDC:

Prior to the segment, I reviewed the following.