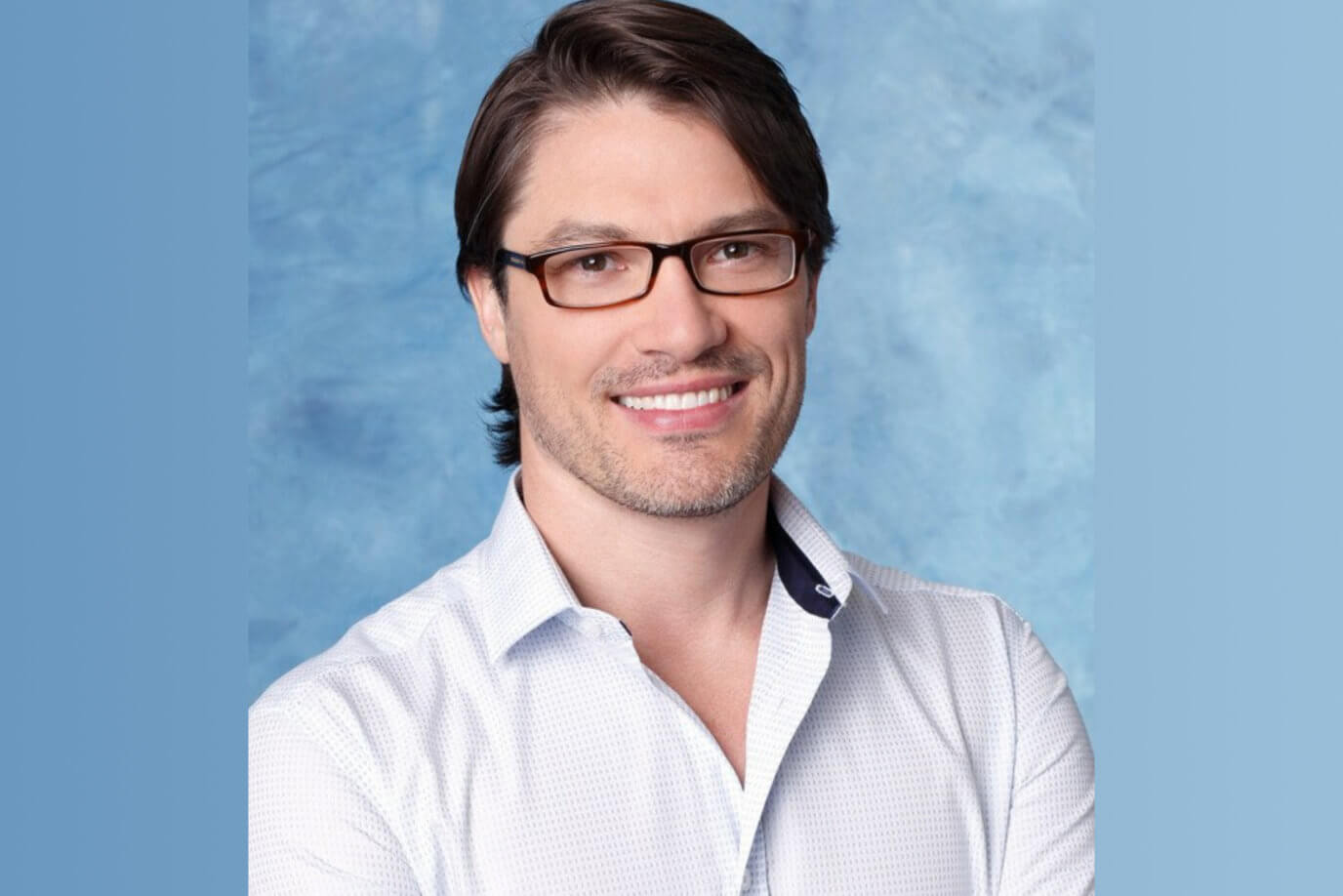 Dr. Larry Remembers That One Time He Went on “The Bachelorette”

A few months before the show shot, I remember getting this call from an out of town 310-area code (which happens to be Los Angeles) and hearing the following:

“Hi, I’m with ‘The Bachelorette,’ and you’ve been nominated to apply for the show.”

I said, “Yeah, right.” It seemed more like a radio show prank.

After five minutes of “Yes, I am from ‘The Bachelorette,’” and “No, you’re not,” I admitted this may in fact be real. Thus began my foray into reality television. 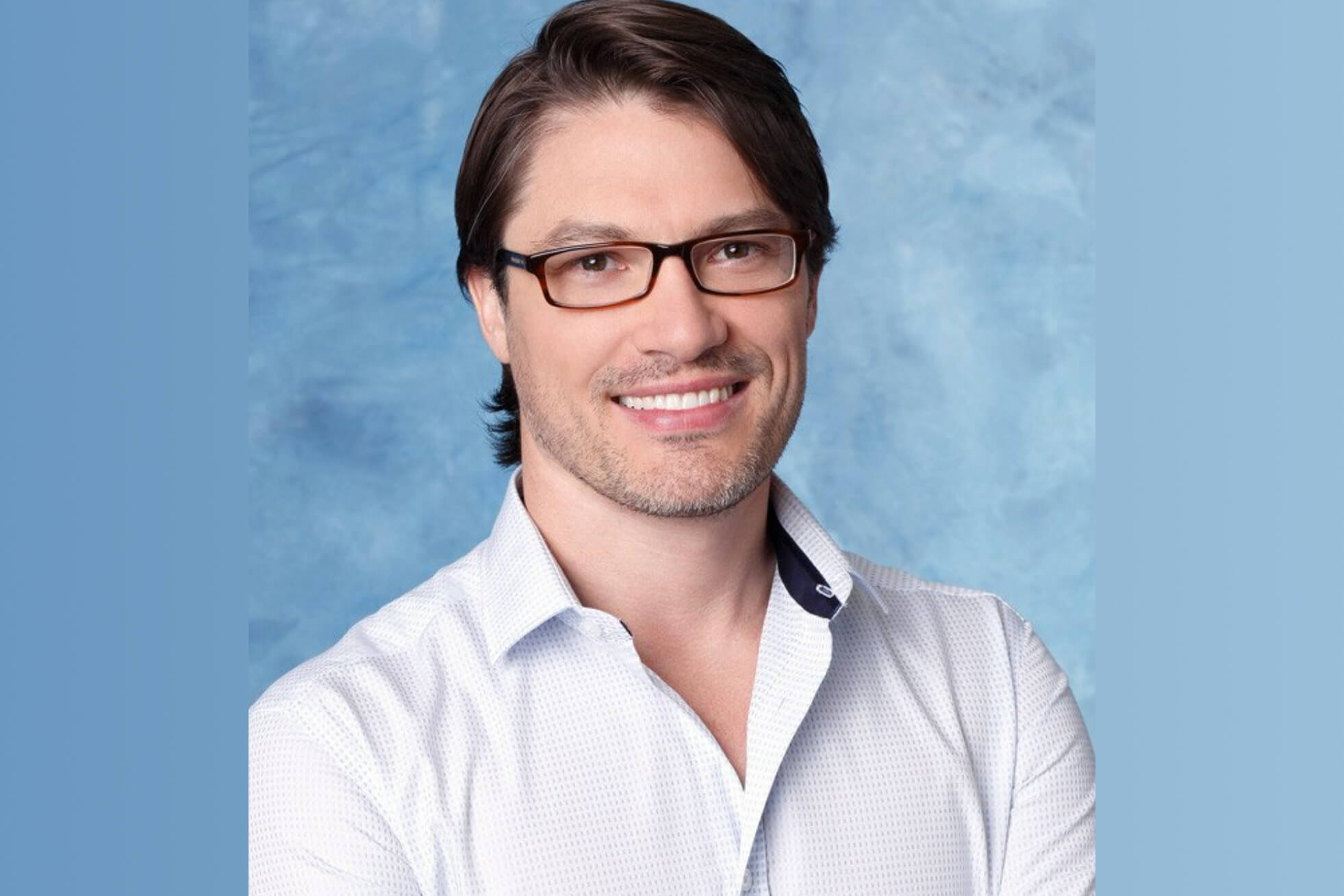 So, who tipped them off?  Dr. Scott Perryman, a general surgeon who I worked with — he and his wife filled out the nomination application for me. People had often said I should go on that show, and my response was always, “You fill out the application, and I’ll go through the casting process.” It’s like a 20-page application, and my canned response of “Yeah, no” was more of a way to end the conversation.

But, my buddy nailed me by filling out the application, so I had to keep my end of the bargain. Who cares, I thought, thousands apply, my chances are slim, I’m safe.

The casting process was extensive: another application, photos, a video and finalist weekend in LA. I remember after emailing to the creative team the video that my good buddy Jack had edited for me, they called on the phone like nine minutes later (the video was eight minutes long — that was psycho quick), and said, “This is the best video we’ve seen; you have to come to LA for the finalist weekend.”

They probably say that to all the girls. Definitely good editing.

I was curious, but until it’s something, it ain’t nothing.

Finally weeks later, I was cast on the show, and there was this moment where I asked myself, OK, am I really going to do this? I knew the answer all along.

I imagined looking back on my life at 90 and knowing I would have wondered, “What if?” It was an opportunity I didn’t want to pass up, and I don’t regret it.

I had packed two months’ worth of clothes and somehow got my partners to cover me at the hospital. I had dreams of romance and travel, maybe ending up with the girl, maybe being The Bachelor. And of course, I’ll have some fans.  I’m a nice guy — who would talk shit on me?  I won’t do anything stupid, right?

Even after all this preparation, the whole thing wasn’t real until the first night when we pulled up in the limo, saw the mansion, the girl and the five sets of cameras and sound guys. Parts were in slow motion and parts were in fast forward, seemingly at the same time.  I thought, Holy shit — I’m on ‘The Bachelorette.’ Nervous doesn’t describe the fire hydrant flow of adrenaline as I stepped out of the limo. That was a high.

Despite all this buildup, my experience was limited to one night — no roses — which was disappointing. You’re not really supposed to say anything to anybody when you get back, so, when I showed up at the hospital weeks early, my coworkers were like, “What are you doing here?” Obviously I was booted, and the pool of bets on how far I would go was no longer ongoing. It was a painful disappointment, to say the least.

Now, instead of feeling sorry for myself, I did something with that time that was probably better than anything I would have done on the show — I went to Haiti to volunteer in a hospital. I hadn’t worked internationally for three years (since before my daughter was born) and was overdue to give back in a passion of mine.

Working in Port-Au-Prince’s only trauma center (with one of two CT scanners in the whole country) was intense and rewarding. I didn’t feel like a reject at the end of that week. In fact, I had almost forgot about the whole experience until, of course, I got home and they started running commercials for the upcoming season. 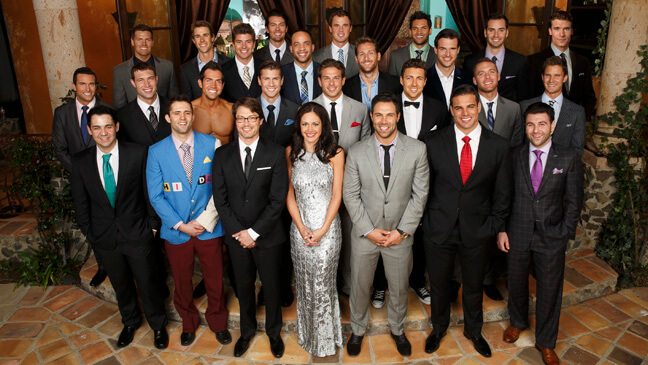 I’ll never forget when they released our photos publicly a couple weeks before the premiere. This was the most handsome group of gentlemen I’ve ever been a part of, but 90 percent of the comments on Facebook were negative: “Gay; fag; ugly; why’d they pick him?”

This was unexpected and flat-out painful. I knew to expect criticism but did not anticipate that most of what I would hear was fiercely negative. Everyone that I met who recognized me from the show was super nice: “You were my favorite; oh, yeah, you were great.” Even if they lied, they were nice in person. But online, people are heartless.  And probably trolls, yeah — heartless trolls.

Truly, I learned a lot from this experience. First, being in the public arena is brutal; it is not for wimps. There are always haters. In fact, the more you are in the arena of public life, the more hate you will get. And the more successful, the more haters (Uh, bro, ahem — you went home night one).

Kobe Bryant is one of the best professional basketball players of all time — and most hated. LeBron has plenty of critics. Criticism is almost a sign you’re doing something right, but when it’s unexpected and just a silly reality TV show, it can be painful — an opportunity for the skin to thicken, to say the least.

Further, I learned that whenever you say something, there is always someone who will disagree or be offended. You might as well say what you actually believe and is true for you, because that is ultimately what is most defensible. The words “integrity” and “authenticity” take on greater meaning.

Thank you, ABC. Theodore Roosevelt’s speech “The Man in the Arena” rang true like never before. 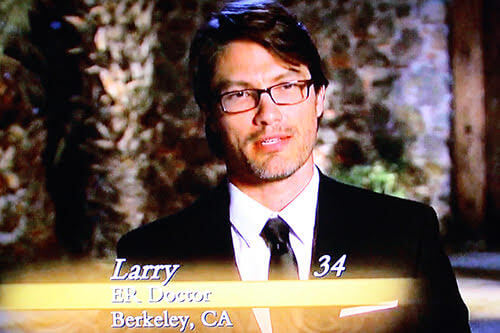 I am a very lucky man with an incredibly supportive network of friends and family. I was embarrassed to get no roses. On the night of the premier, I figured I could either watch it alone locked in my room, or I could rent out a sports bar, invited all my friends and roll up in a red carpet in a Hummer limo. I’m so glad we did the latter; friends flew in from out of town, we had a full house cheering the moments I was on TV and booing when she sent me home. It was a blast. Thank God for their support. That could have been a sad night, but instead we had a great time.

My sister had a watch party at home with her friends (including my dad, who had never seen the show) and was super supportive. Weeks before the show, however, she had blasted me with anger: “You don’t even know your niece and nephew anymore!  All you talk about is that damn show!”

And she was right. I got so excited about the show, all I did was talk about myself. I needed to be pulled back to earth and grounded. Thank you for the reminder, sister!

This was particularly meaningful: One of my best friends made me a journal with a letter from my friend, my sister, my dad and my daughter:

“Now it’s time that America — and one lucky lady — see how incredible you are. At this moment — and always — I am 100 percent behind you,” wrote Audrey.

What a wonderful friend she was to pack that!

“Remember, this is just a show. True love is work, sometimes really hard work! True love typically does not involve a mansion, open bar, time off of work, amazing dates and traveling all around the world all the time. So, let’s not go and get engaged, although I would love a sister-in-law. Ellie and Elizabeth are great, but it would be nice to have a conversation with a female older than three when we all get together,” wrote my sister, Allie. 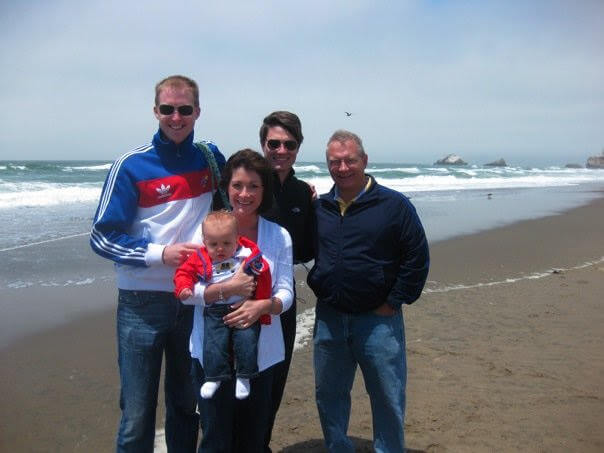 I could include the whole letter from my father but will excerpt just this:

“Remember, this is for fun. Not too serious, not win-at-any-cost, not at your expense. And definitely this bachelorette is not the only choice…

Some of us, me included, are a little wary of the lack of moral fiber the producers exhibit. It will be reflected in what they choose to leave on the editing floor vs. what they exploit. Make it a challenge for them to try to ignore who you really are…

You have to admit, this is a bit different from working a clinic in the third world. Not sure which one has the greater risk…

Your mother and I are proud of all that you have done.  I am sure she is very nervous about all of this and how her hair looks. No doubt she has already headed to Nordstrom’s to accessorize.”

Rereading those notes from loving friends and family waters the eyes and makes me emotional. I feel such gratitude to be so supported and have such a strong man as a father.

Going through all the criticism and pain of the experience, I watched my friends and family rally around me and share the fun and excitement (my sister proudly posted I was going on the show on her Facebook). I never realized in this way how lucky I am to have these people around me.

The bigger embarrassment is that I wasn’t aware of this until I went on a reality TV dating show (although re-watching the dip still makes me want to puke). 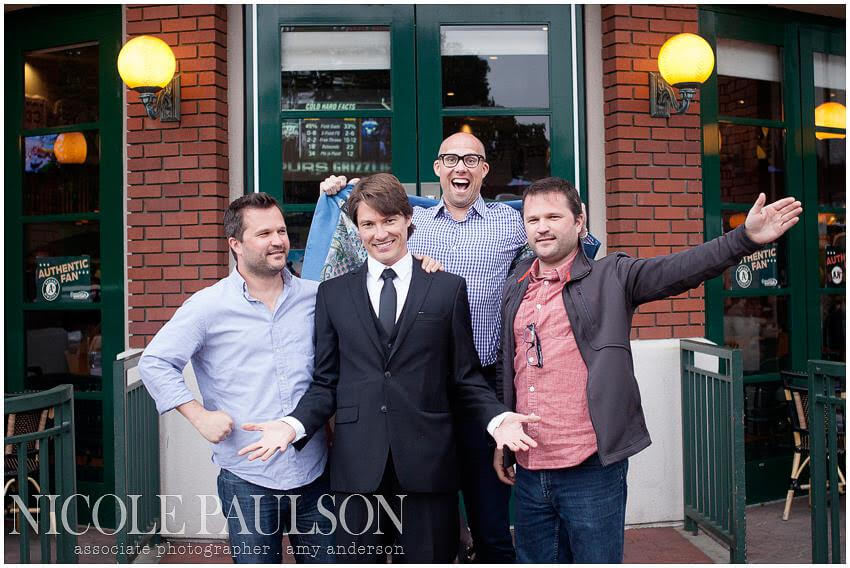 Finally, I learned for the first time that I had an opportunity to do something special in television. This reality TV opened the door to other shots, like Steve Harvey and “Wipeout.” I realized not only that producers want to use me for their purposes, but that I too might be able to use this medium to do some good and live my mission. I might be able to build a platform to really help people — help boys grow into good, strong men, for example, or stand for real medical advice, not the celebrity fad of the week, and advocate for the poor.  This mission lights me up and is why I now do what I do on TV.

I didn’t get the girl this time. She actually married the winner from our season, and they have a child together. It was not meant to be for me. My path went a different direction and continues to unfold. With mission, and lucky to be supported by great friends and family, I can’t wait to see where this reality and television leads me this time.