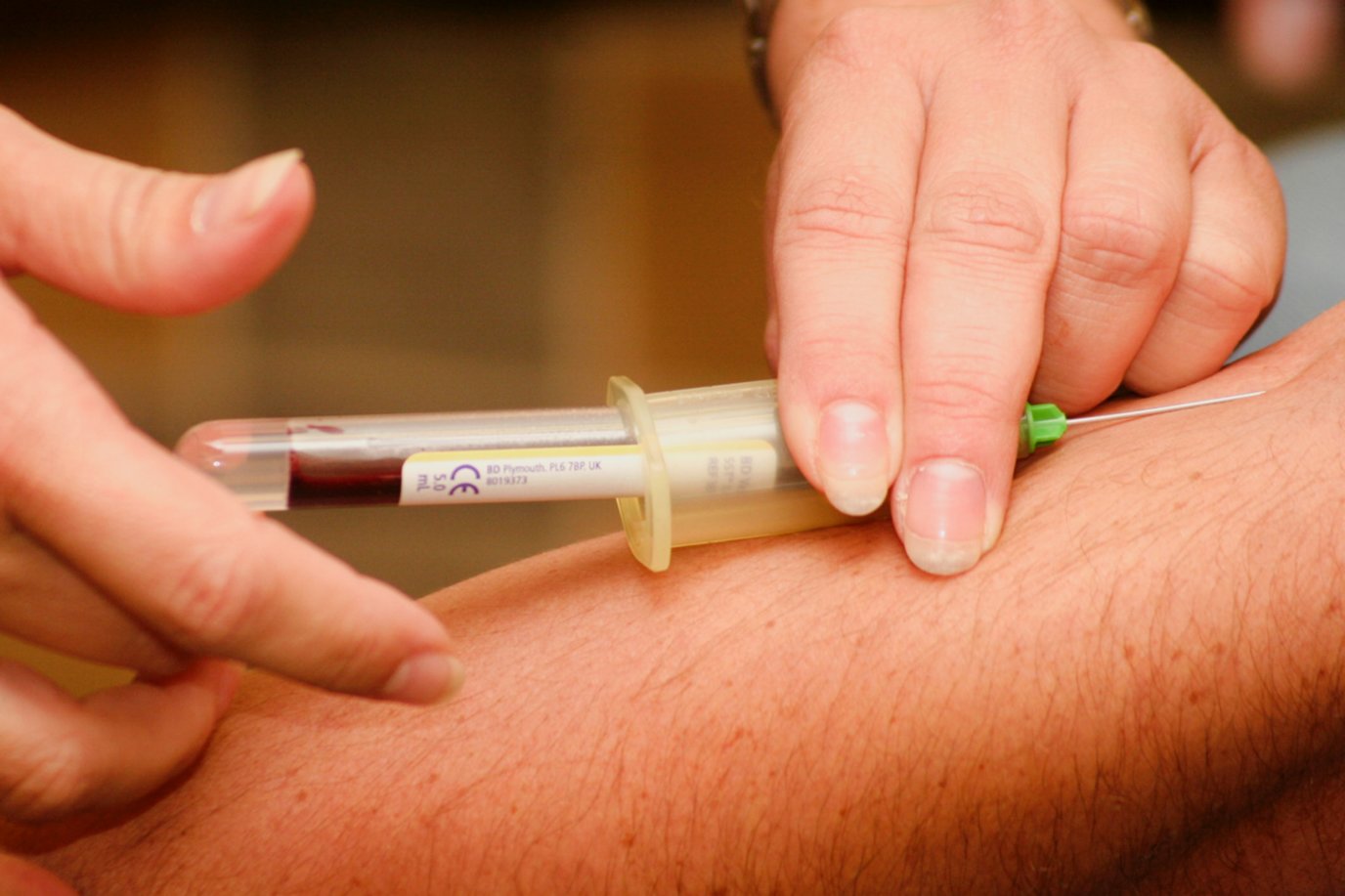 What Severe Anemia Is, And How You Can Identify It By Looking At Your Hands

Which hand isn’t like the other, and what’s the diagnosis?

(I’ll give you a hint: which hand is anemic? Two of them have normal blood counts, and 1 has severe anemia.)

Anemia is when you have a low blood count, specifically red blood cells. Remember, white blood cells are immune cells that fight infection, whereas red blood cells carry oxygen via hemoglobin to cells. When someone suffers from significant anemia, symptoms can include fatigue, weakness, low energy, and even shortness of breath, chest pain, dizziness and passing out.

A normal blood count is 12 or 13 g/dL (hemoglobin is the name of the lab test–very simple to perform, you can get it done anywhere blood is run). It’s not uncommon to have a little anemia with a blood count around 10, most people don’t really feel symptoms from that. But when your blood count drops below 7, people feel that with those symptoms we discussed. In that case, with a count below 7 and symptoms, I recommend a blood transfusion of packed red blood cells (PRBCs) to increase the hemoglobin level, and feel better. Of course, you need to figure out the underlying cause of the anemia (I discuss this below). The lowest hemoglobin level I’ve seen was 1.9, and that patient died. I haven’t seen below 3 and alive. So once you get into the 6s, it’s frequently time for blood! You’re getting close to big trouble.

Back to the the hand in the picture with severe anemia (Hgb was 6), which hand do you think it is? Here’s a hint. Blood is red because of the iron in the hemoglobin protein; light reflects off the iron, giving blood its red color. Less red blood cells and less iron, less red color, right? So the hand at the bottom is the one with severe anemia. Can you appreciate how white and pale it is, compared to my hand (on the left) and her daughters hand on the right, both of which are nice and pink, reddish. Literally full of color because they are full of oxygen carrying red blood cells (and the iron they contain)! 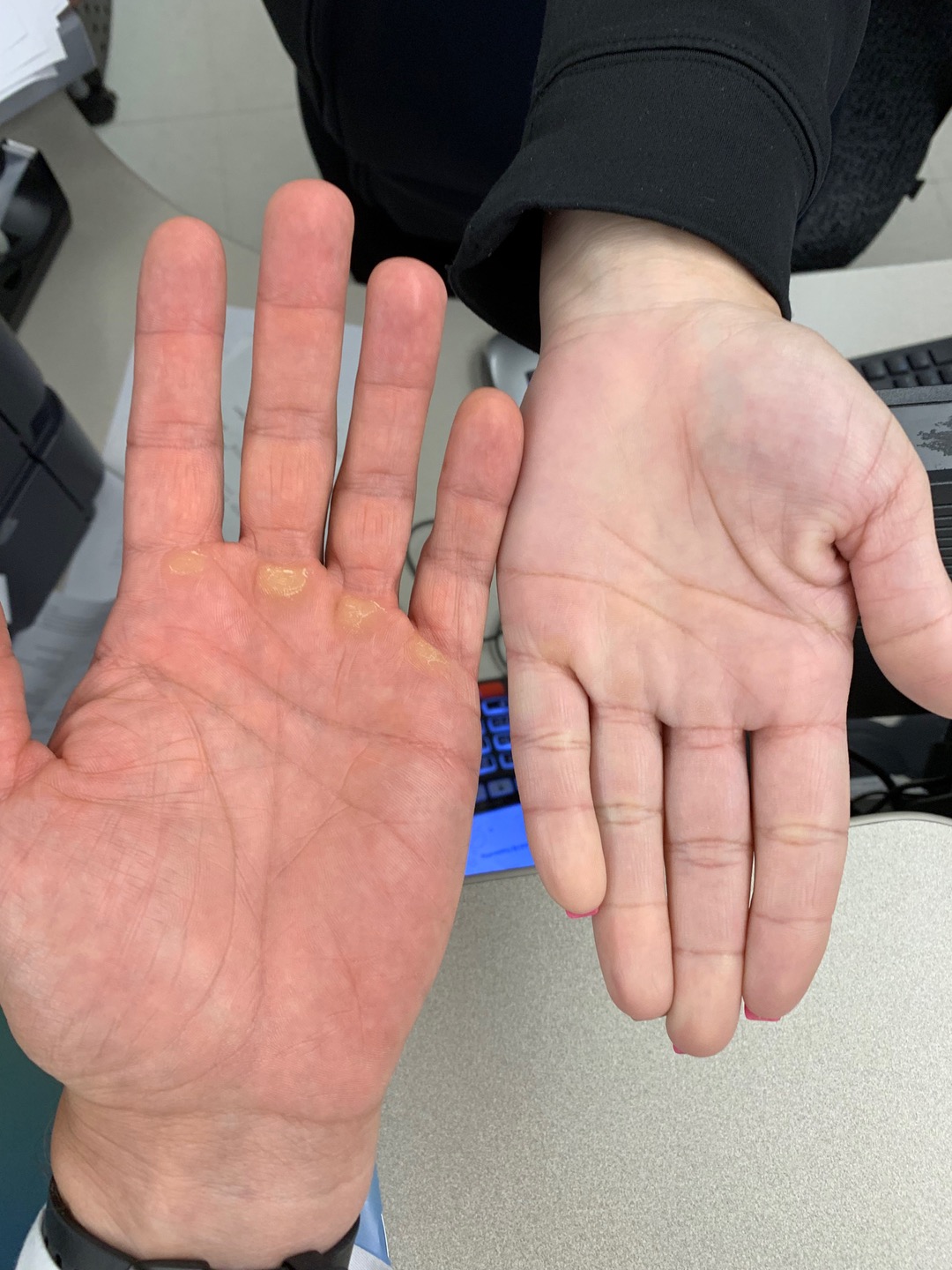 The most common causes of anemia are bleeding (from the stomach and intestines in older folks, and from heavy periods in women of childbearing age) but there are many causes of anemia besides bleeding, such as nutrient deficiency (iron and B12), sickle cell disease, liver or kidney disease, cancer, chemo, and many more.

Short of transfusion, treatment for anemia from bleeding is Iron replacement, taking Iron supplementation. This is not necessary if you don’t have anemia. But you can see how getting enough iron in your diet is essential to having enough oxygen carrier (and red color) Iron in your blood. Dietary sources of iron include animal protein, like beef, tuna and eggs, and mussles, oysters, liver, nuts, bran and spinach.

In the second picture, this patient also has anemia, you can see by the color difference again, but hers was not as severe as the first patients, I believe her blood count was around 8-9, as opposed to 6. So she doesn’t need a blood transfusion, and if her anemia is iron deficiency anemia, she could adjust her diet, and take supplemental iron to help build her blood count.