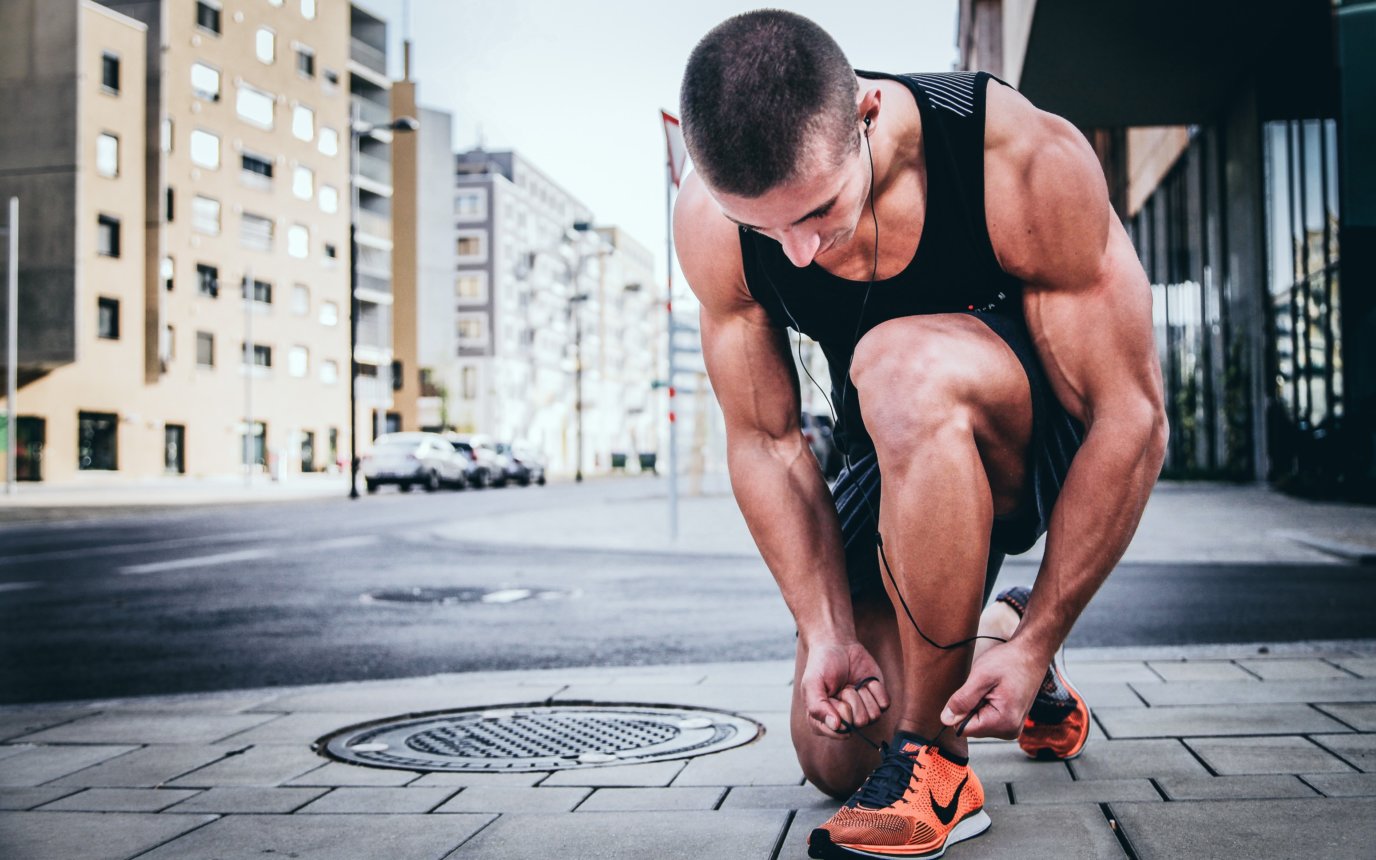 Story Of A Man With Chest Pain. How Listening To Your Body Can Forever Change Your Life.

This is a great story. One in which this man’s life was forever changed, and in a good way. As I tell this story, I want you to ask yourself, “What is going on for this man at the deepest level?” Because once we figure out what is really going on, we can begin to address the real problem, and make a real difference. Not just treat the superficial complaints or symptoms.

Danny, a late 30s man, came in to my ER for chest pain. Now chest pain in the 60s in a smoking man who is obese with high blood pressure, cholesterol and diabetes–that’s just a heart attack waiting to happen. But having heart arteries blocked in your 30s is much less common (although I have seen 100% blockages in the 30s more than once, sadly). So even before I walked into the room, I was wondering, “Hmm, what’s really going on here? Could this be anxiety or panic? Could he have something serious?”

THE SERIOUS CAUSES OF CHEST PAIN

As an ER doctor, my main job is to make sure someone doesn’t die of something serious like a heart attack. When someone says chest pain in the ER, you also have to think of other serious things like a clot in the lungs or a tear in the aorta. So I’m trained to run those tests and be certain someone doesn’t have those serious diseases. I don’t ever want to miss one of them, or it could be fatal. So even though he is in his 30s, I’m still on guard against the serious stuff. These are the kinds of things that if you have chest pain, you should go to the ER for immediately. Legit stuff.

But just after I walked into the room, I noticed a couple things that made me think. He was sleeping. I glanced at the monitor at his bedside, full of plenty of different colored numbers and waveforms, and noticed that his blood pressure was pretty high when he got there, but had gone down significantly, and without any medication.

SOME THINGS THAT CAN MAKE YOUR BLOOD PRESSURE GO UP

Maybe his blood pressure was up just because he was in the ER. There is a well studied phenomenon called “White Coat Hypertension,” where just being in the doctors office makes people nervous, and their blood pressure goes up, but they don’t really have hypertension otherwise when they are relaxed at home watching Game of Thrones (I’m so hooked, by the way, and like 7 seasons behind). Anyways, maybe that’s why his BP was up.

DRUGS CAN MAKE YOUR BLOOD PRESSURE GO UP

But when I woke him up and we started talking, I got a big clue to why his blood pressure was up. This guy was intense. Anxious, high energy. He described his chest pain as pressure and tightness. I wondered if he was on drugs. Methamphetamine and cocaine both stimulate the heart and make your blood pressure go up. And this guy was super high energy/anxious. But he wasn’t talking about spiders on his skin or random crazy thinking, so I was less impressed that it could be meth. And often when someone on drugs comes down and finally sleeps, they are out cold and difficult to wake up.

ANXIETY CAN MAKE YOUR BLOOD PRESSURE GO UP

I thought he’s probably anxious. Maybe he’s just an anxious guy, always wired tight. Or, maybe there’s something going on in his life that’s causing all of this stuff. So I checked all the right tests to make sure he wasn’t having a heart attack or anything serious. Electrocardiogram (EKG) of his heart showed no signs of the heart lacking blood flow, and his blood test for heart attack (called a troponin) was also negative. The rest of his blood work and chest x-ray were also normal.

This has to be stress and anxiety. It would make me feel more certain to know what’s going on with this guy. So I asked a few questions that are often very insightful. Is there any stress going on in your life? What do you think is going on? What are you worried about?

Of course he was worried about a heart attack. I could tell him with a strong degree of certainty that with normal testing, and being in his 30s without risk factors for heart disease, that he was not having a heart attack

ONE OF MY FAVORITE MOST INSIGHTFUL QUESTIONS TO ASK PATIENTS

Then I asked him the question that got me the answer I was looking for, and it’s the question almost everyone loves to answer–are you undergoing any recent stressors? Everybody has stress. It’s a universal enemy. So many of us are going through a ton, and many of us, don’t cope with it very well. What I like to call healthy or adaptive coping mechanisms for stress. Good stress management. Do you? Honestly for myself, I have some healthy ways I deal with stress, and some not so healthy ones (bad decisions).

About a month ago, this young man got a new boss, and since then, he’s been very worried that he’s going to lose his job. He is the sole provider for his wife and 2 young kids. He isn’t sure what he would do without that job, so he’s been very stressed over it. He’s been drinking more, eating junk food. He’s felt the stress taking it’s toll. He’s been argumentative with his wife and kids, hasn’t been able to sleep, and it’s even affected his ability to do a good job at work.

STRESS CAN CAUSE PHYSICAL SYMPTOMS

In my medical opinion, this was without a doubt the cause of his chest pain. And we talked about it. I asked him to tell me how his body felt when it was stressed. He used words like “tight, tense, anxious.” Remember how he described his chest pain? It’s like that is his body’s pressure gauge, and when it gets too high, it blows as chest pain or panic or a breakdown.

I then asked him what makes it go away? Some beers after work. Fast food. And that’s about it. In other words, what coping mechanisms was he using to reduce his stress? From the doctor perspective, he was treating his symptoms with the best tools he had available to him. Well, until he met us.

This is the cool part, and where we changed his life, really, forever. He was very intuitive and picked this stuff up immediately, which was why it was so satisfying and I wanted to share this story with you.

HEALTHY WAYS TO COPE WITH STRESS

I asked him to contrast how his body feels when it is stressed (remember, he said tight, tense, anxious) with the total opposite. What does that feel like to you? Relaxed, light, at peace. Excellent. And what do you do that results in that feeling of relaxed and at peace? Go for a walk. Church. Talking with people. All solid coping mechanisms. What else might work? I wanted him to have many more options and tools, so that when stress comes again, as it will (he wasn’t quitting this job nor was his boss), he will be better equipped to deal with it. Things like exercise, sleep, eating better, less caffeine, soda and fast food. More fruits and vegetables and fluids and sugar. And personally and medically, I think everyone (without good reason not to) should lift weights to blow off stream and get healthier.

We didn’t stop there. Although I think he was already doing this, I walked him through another important step: rehearsal. “Ok, let’s imagine the next time you are stressed. Picture it, maybe your boss is being a jerk, etc. What are you going to do? Describe it in detail. Got it? Good. Now rehearse that 20 times with different stress coping mechanisms. And reward yourself with positive self talk every time you do it.” This is how we cement this in.

He totally got it, and agreed that this was going on. Why did his blood pressure go down without meds? Because he was asleep. And his conscious stress and anxiety was automatically decreased. What was the real cause of his chest pain? It was a manifestation of work stress, that, while he was coping the best he knew how, was overtaxing his body, and ultimately ineffective.

What I love the most is that this guy is in his 30s. He will never be ignorant of this again, this is something he learned and can pay attention to for the rest of his life. He can experiment with whatever lifestyle stuff he wants to get to that relaxed peace state more. What a worthy goal. And I guarantee it will help his health, not just his blood pressure but his mental health, anxiety and his spirits. His life can have a whole new trajectory from here, not just in keeping his stress and blood pressure down, but paying attention to the things that really matter to him. I am convinced that because of this conversation, he will absolutely live a longer, better (more well adapted to stress) life.

IN THE SAME WAY, YOU CAN CHANGE YOURS.

Every day without exception I see patients who simply do not listen and care for their bodies. This stuff isn’t neurosurgery, guys. But it will determine your destiny, my friend–from my vantage point in the ER, I promise you that. Basic lifestyle and self care that we can all do and that really can–change our lives.